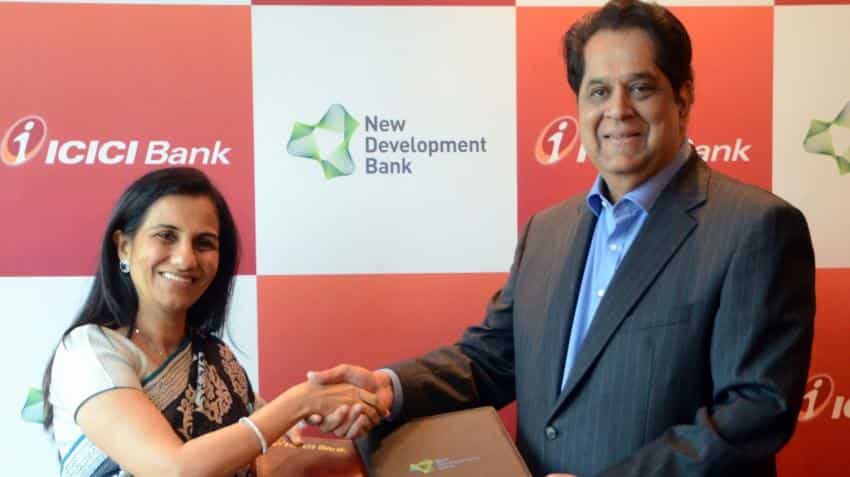 The development bank set up by the BRICS group of emerging economies will ramp up lending to $2.5 billion next year after making its first loans to back green projects, its president KV Kamath told Reuters.

The BRICS - Brazil, Russia, India, China and South Africa - agreed to create the New Development Bank (NDB) in July 2014 with initial authorised capital of $100 billion. The lender was officially launched a year later.

"The second year is scaling up, concentrating on people, getting all the skillsets in," said Kamath, a veteran Indian banker appointed as the first head of the Shanghai-based NDB.

He was speaking on the fringes of a weekend BRICS summit hosted in the resort state of Goa by Prime Minister Narendra Modi. The gathering seeks to add substance to the group that grew out of an acronym devised by Goldman Sachs economist Jim O`Neill back in 2003 that projected a long-term boom and global power shift in their favour.

With Russia, Brazil and South Africa on the economic skids and China slowing, the initial euphoria has faded, yet Kamath said the BRICS had much to gain by deepening their cooperation.

"The fact is that these countries, collectively, have for the last few years contributed to more than 50 percent of incremental economic wealth that has been generated globally," said Kamath. "I don`t see that changing."

The NDB, headquartered in Shanghai, will expand its staff to 300 over the next three years but run a tight operation that seeks to take quick decisions and transfer experience across all five BRICS member states.

It has already approved loans totalling $900 million to green projects in each member state. It has also started a renminbi-denominated borrowing programme, issuing a 3 billion yuan ($450 million) bond.

Kamath, 68, said there was plenty of room for new lenders like the NDB and the Chinese-led Asian Infrastructure Investment Bank (AIIB), in addition to established institutions like the World Bank.

"Infrastructure alone has needs globally of $1-1.5 trillion a year – all the multilateral banks put together can do maybe 15 percent of this," said Kamath, who ran India`s ICICI Bank Ltd from 1996 until 2009. "The phrase I would like to use is cooperate and work together, rather than compete. I don`t see competition as a key challenge in this context."