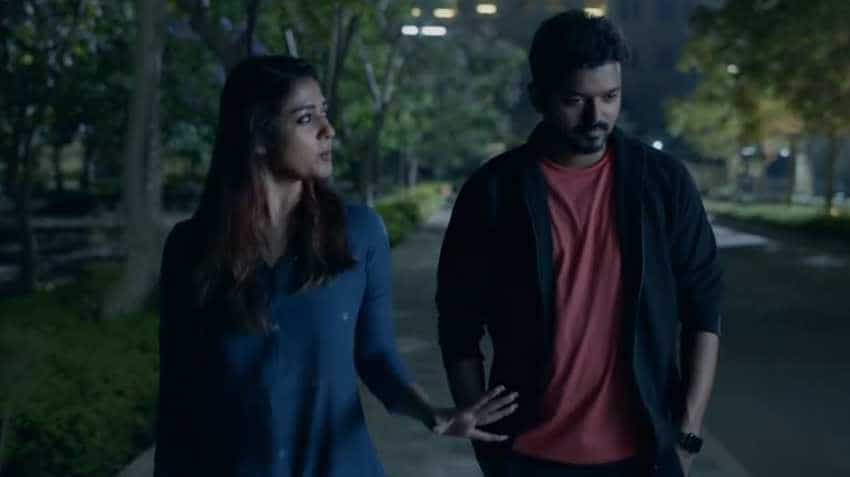 Bigil box office collection: After its release on Friday, the movie's earnings have been upbeat. Image source: Trailer

Bigil box office collection report: Tamil film star Thalapathy Vijay’s latest movie Bigil continues to weave magic at the box office. The Tamil film is having a phenomenal run in the international markets too. After its release on Friday, the movie's earnings have been upbeat. The ticket windows were busy, as it is putting up quite a good performance in the domestic and international box office. The film seems to be not going to slow down soon.

#Xclusiv: Vijay’s latest movie continues to weave magic at the BO... #Tamil film #Bigil is having a phenomenal run in the international arena... This one’s not going to slow down soon... Read on... #Overseas @comScore

"And #Tamil film #Bigil continues its glorious run in #Mumbai... Sold out shows at most locations of this leading multiplex chain... Shatters the myth/excuse that film biz is dull during pre-#Diwali," Adarsh tweeted.

Besides strong numbers in Tamil Nadu, the movie has also witnessed a great success in the USA, Australia, and the UK. The movie's worldwide collection has already crossed Rs 100-cr mark and counting. The film is expected to continue with the performance for some time. Despite Diwali festivities, the movie's shows were packed in Mumbai, sold-out shows at most locations of leading multiplex chains, shatters the myth that film business is dull during pre-Diwali days.