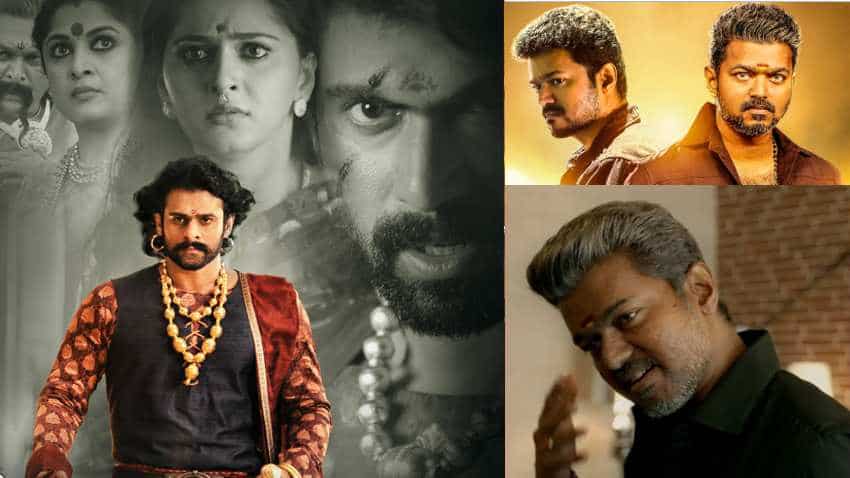 Bigil vs Baahubali 2 Box Office Collection: Thalapathy Vijay starrer Bigil is on a dream run at the box office and literally minting money. The film has already achieved several milestones in terms of box office collection, and now it's inching towards something really massive! It is expected that Bigil may shatter the box office record of Baahubali 2 at Chennai box office, if it continues to perform like it's been doing so far.

Undoubtedly, Bigil, the latest blockbuster by superstar Thalapathy Vijay, is unstoppable at box office. The film has entered the prestigious Rs 300 cr club, as per media reports. And, with this big feat Thalapathy Vijay has shattered his own record.

The film, directed by Atlee Kumar, is having a dream run worldwide as it released in almost 4,200 screens.

Vijay is known as Thalapathy to Tamil fans and the film continues his winning streak at the box-office. Incidentally, this is his third release with Atlee after "Theri" and "Mersal". With both earlier films emerging blockbusters, Vijay fans hope "Bigil" will repeat the box-office feat.