The fraudsters keep a debit card of the same bank and in the name of help, they change the swipe card in such a hurry that people can't notice. 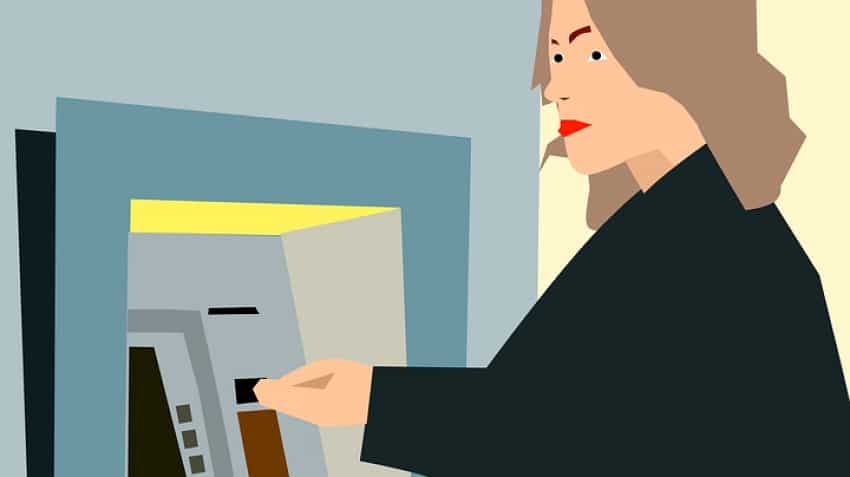 While withdrawing money at ATM, generally people look at the keyboard and the money disbursal pad, which gives the fraudsters of this kind to take advantage of and change the ATM card. Photo source: Pixabay

Mahesh Chandra Yadav is a small businessman. He is residing in Loni, Ghaziabad with his wife and three children. Some time ago, he went to an SBI ATM in Karawal Nagar, New Delhi to withdraw some money but found some problem in withdrawal. A person who was standing close to him and was in a hurry to reach ATM machine came forward and asked for help that Yadav happily accepted. The man tried to help him out asking him to re-enter his PIN after swiping Yadav's ATM card at the swiping pad. Yadav put his PIN again but in vain. The man said that there is some problem in his account and handed over Yadav's ATM. Finding no option, Yadav came back and after reaching home he found from the bank SMS that Rs 32,000 has been withdrawn from his bank. Before he could think of any further step, another transaction happened to his account fishing out Rs 200 from the same account leaving around some Rs 80 plus into his account as it can't be withdrawn from the ATM. When Mahesh went to his SBI branch to lodge his complaint, he came to know that the debit card he was holding was not his but someone else's, who had also put a complaint regarding same fraud being happened to him.

Commenting upon such debit card fraud being happened to Mahesh Yadav, Pavan Duggal, a New Delhi-based cybercrime expert told Zee Business online, "These are one of the most common debit card fraud happening in almost all parts of the country. The fraudsters keep a debit card of the same bank and in the name of help, they change the swipe card in such a hurry that people can't notice." He said that while withdrawing money at ATM, generally people look at the keyboard and the money disbursal pad, which gives the fraudsters of this kind to take advantage of and change the ATM card.

Asked about the counter that a victim of such kind can take Duggal, who is president of the cyberlaw.net told, "One can complain about the same to the nearest branch of the bank. The bank can find out the person by going through the video footage and hence if the fraudster is a history-sheeter, it becomes easier for the police to nab the culprits. However, if the fraudster is not among the history-sheeters, it would be difficult for the police to nab the culprit. It's better to avoid taking help from the strangers while fishing out money from the ATM. If you are a regular user of the ATM card, you should be aware of its pros and cons."

So, lack of awareness is the major reason for such kinds of frauds being happening in India at a mass level and in such cases, the success rate of police in nabbing the culprits is very low.

ATM user? Beware! Do this or you could fall prey to debit card skimming

Have debit card for bank ATM? Alert! Fraudsters can steal your money; HDFC Bank says don't do this

Money removed from debit, credit card? How chargeback request can help you get refund

SBI account holder? Here's a warning from your bank - Do this to keep money safe