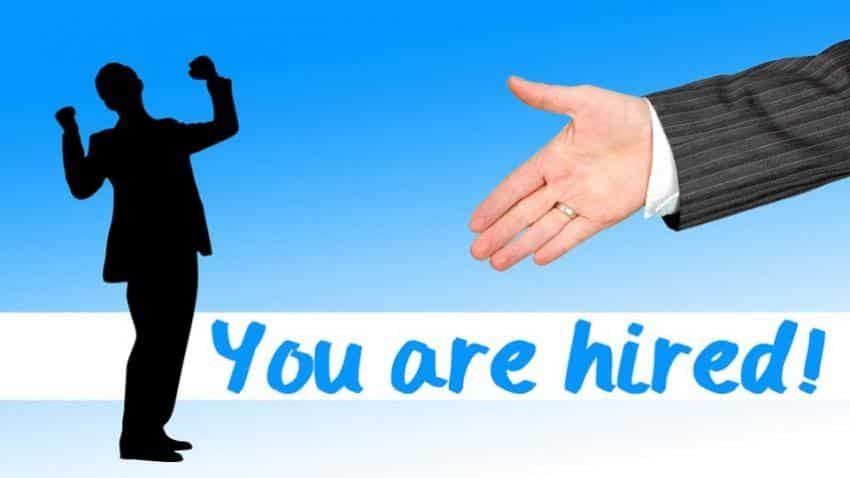 The Centre's demonetisation move and the election of Donald Trump as US President are the two factors likely to impact certain sectors in the New Year. Representational Image. Image Source: Pixabay

After a challenging year amid global headwinds and cash-crunch back home, the job market is heading for yet another gloomy year with employers already on 'wait and watch' mode and pay hikes indicating a weak trend, say experts.

As per month-on-month analysis, hiring saw lower growth this year as compared to 2015, and actual salary increase was lower than the projected figures of 20% on the higher side, and above 10% on average.

The Centre's demonetisation move and the election of Donald Trump as US President are the two factors likely to impact certain sectors in the New Year.

"Consumer driven sectors like e-commerce, FMCG/CD and retail did well initially. However, the recent demonetisation move has had a drastic impact on the sales and currently we are seeing a slack in hiring there as well for the next two years," said Joseph Devasia, Managing Director of global executive recruitment firm Antal International India.

The hiring outlook for India got a significant blow post-demonetisation and segments like real estate, construction, infrastructure and high-end automobiles will be impacted in the longer term, experts said.

They believe however, that although demonetisation seems like a dampener as of now, it will eventually benefit the country and its youth by creating more formal jobs like never before.

Moreover, sectors like fin-tech, digital payments and banks would be positively impacted by this move and would exponentially multiply their hiring projections.

According to Willis Towers Watson, going ahead, only 31% companies are positive about their hiring outlook in the next 12 months and employees are likely to see a single digit salary increase for the first time since 2011.

"In 2016 salaries were projected to rise by 10.8%, but in reality rose just by 10%. If that pattern continues in 2017, Indian employees could see a single digit salary increase for the first time since 2011," Sambhav Rakyan, Data Services Practice leader, Asia Pacific at Willis Towers Watson said.

According to global recruitment tendering platform MyHiringClub.Com, though a majority of companies are giving increments this year across professions, the percentage increase is not very attractive and average increment will be just 9%.

"Current appraisal season salaries and bonuses in India are expected to rise only in single digit. Increments have been conservative at 9% and bonuses have been 10%, attributable to the prevalent market sentiment," said Rajesh Kumar, CEO, MyHiringClub.Com.

"The increment and bonus percentages have decreased by 1% point across levels compared to last year, with maximum impact at top management level. Another significant finding of the survey is the salary increment is lowest since the 2009 financial crisis," he said.

Though overall job market outlook looks a little bleak, top performers would have little to worry as companies would look at retaining talent as they would want to avoid cost incurred in hiring new talent, experts said.

"As of now, 2017 looks like a 'wait and watch' scenario. Companies are hoping that cash crunch in the country will ease, people will go back to their usual spending and markets will bounce back," Devasia said.

The sectors that are likely to be in focus include IT, ITeS, BPO/KPO, pharma and healthcare. Apart from these, data analytics, AI, fintech, and robotics will be big next year.

The landmark government initiatives like Make in India, Ease of doing Business, Start Up India, Digital India, Smart Cities and GST will provide impetus to industries and the industrial sector and in turn job growth but "but it will take time to get the ball rolling", leadership talent advisory firm Hunt Partners Managing Partner Suresh Raina said.

Some experts said that with Donald Trump's emphasis on bringing jobs back to the US, his anti-immigrant stand and his stated aversion for H-1B Visa might have a negative impact on the Indian IT industry.

Executive search firm GlobalHunt MD Sunil Goel said, "It has been observed that most global companies do not have a choice other than setting up centers in India for two reasons -- availability of the resources and the cost effectiveness which enables them to compete in the global market".

Sanjay Modi, Managing Director, APAC and Middle East, Monster.Com believes employers will be keen on candidates who are technologically aware and have skills that take account of the changing environment.

Candidates, therefore, must focus on upskilling in the year 2017 in order to take advantage of this change.

ALSO READ: Donald Trump threats may not stop US offshoring of jobs

Indians most confident about jobs, finances in Q3: Nielsen