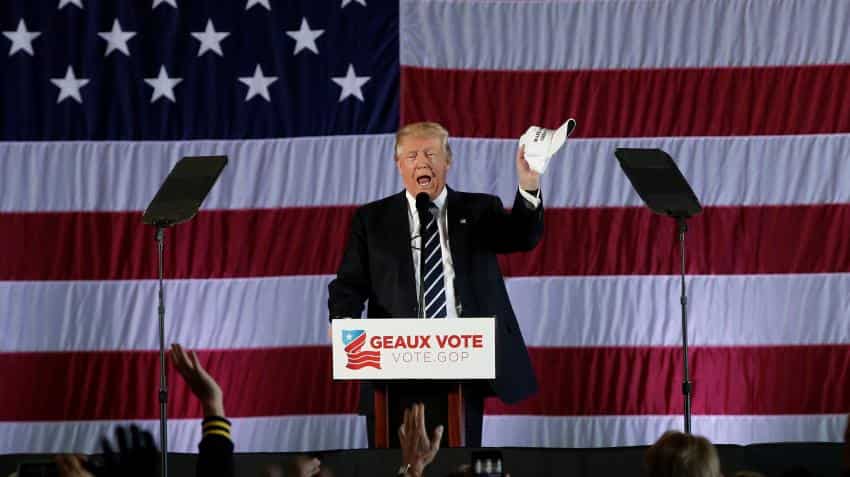 "We will fight to protect every last American life," US president-elect Donald Trump told thousands of his supporters in Iowa on Thursday as he referred to the cases of Disney world and other US companies. Image Source: Reuters

President-elect Donald Trump has said he would not allow Americans to be replaced by foreign workers, in an apparent reference to cases like that of Disney World and other American companies wherein people hired on H-1B visas, including Indians, displaced US workers.

"We will fight to protect every last American life," Trump told thousands of his supporters in Iowa on Thursday as he referred to the cases of Disney world and other US companies.

"During the campaign I also spent time with American workers who were laid off and forced to train. The foreign workers brought in to replace them. We won't let this happen anymore," Trump vowed amidst cheers and applause from the audience.

"Can you believe that? You get laid off and then they won't give you your severance pay unless you train the people that are replacing you. I mean, that's actually demeaning maybe more than anything else," he said.

Disney World and two outsourcing companies have been slapped with a federal lawsuit by two of its former technology staff, alleging that they conspired to displace American workers with cheaper foreign labour brought to the US on H-1B visas, mostly from India.

The two employees - Leo Perrero and Dena Moore - were among 250 Disney tech workers laid off from their jobs at Walt Disney World in Orlando in January 2015. They have also dragged two IT companies HCL Inc and Cognizant Technologies into this class action lawsuit.

"You know the name of one of the companies that's doing it. I'm going to be nice because we're trying to get that company back. Don't forget much harder when a company announced a year and a half ago - some of these companies, like Carrier, they announced long before I even knew I was going to be running for president," Trump said.

On immigration, Trump reiterated that he will build the wall along the Mexico border.