2.0 Ticket Booking: In Delhi, ticket booking is now available through BookMyShow portal, but if you want to book it via Paytm or PVR site, then you will have to be a little more patient and wait a little more. 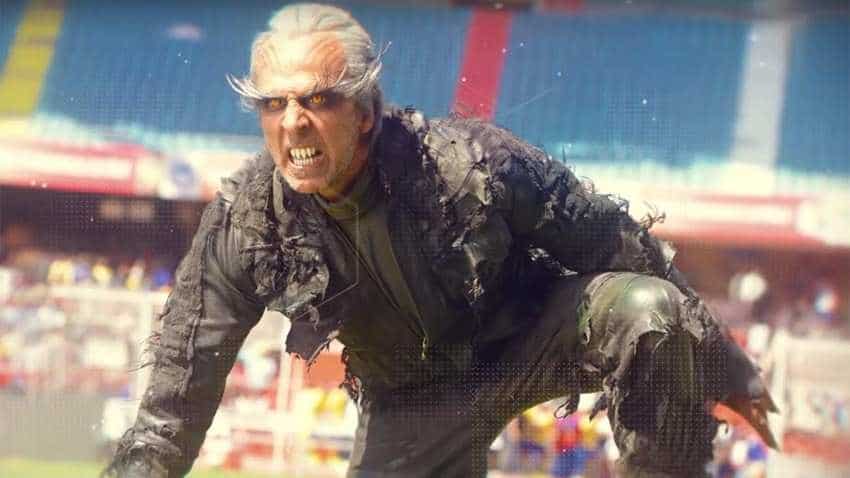 2.0 Ticket Booking: The defiance of the distributor and the exhibitors have led to the suffering of 2.0 and the movie lovers.

2.0 Ticket Booking: The wait is now over for Rajinikanth and Akshay Kumar fans in Delhi but others will have to wait a little more to get their hands on film tickets. It has been revealed that some theatres in Delhi have started accepting advance ticket bookings of the Rajinikanth, Akshay Kumar starrer sci-fic movie 2.0. 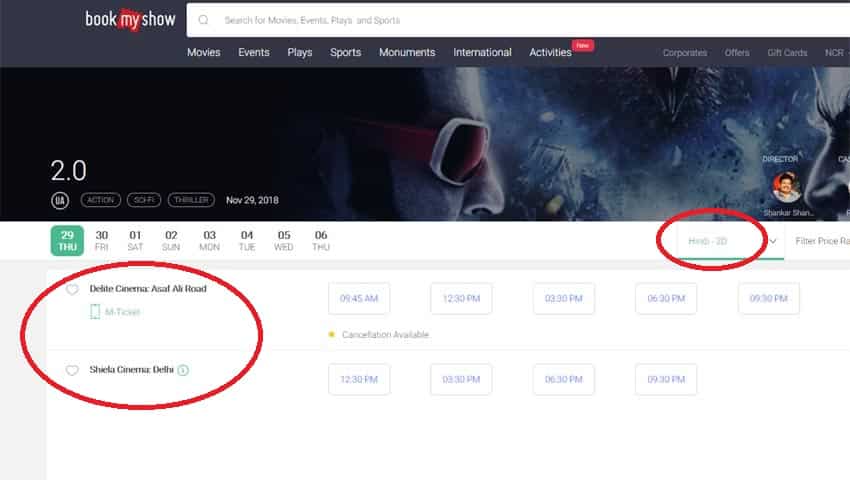 While there are just two more days to go for 2.0 release on November 29, the advance ticket bookings have not been thrown open in large tracts of the Hindi belt. Movie lovers have been waiting impatiently, but it appears that they will be able to book the tickets starting November 29 only as the 'exhibitors aren’t succumbing under pressure of AA Films', told film critic and trade analyst Sumit Kadel to ZeeBiz.Com.

"AA Films have asked theatre owners to either sign the 'Minimum Guarantee Clause' or showcase KGF on 21st December. The exhibitors have been defiant and this has delayed the advanced ticket bookings in North India," said Kadel.

#2point0 advance booking has not started in hindi belt across India because exhibitors aren’t succumbing under pressure, they dont want clubbing of two films nor they are agreeing to AA films money guarantee clause.

Shah Rukh Khan starrer 'Zero' is being released on December 21 and the exhibitors don't want to miss the opportunity to cash on SRK's stardom.  Therefore, they have refused to accept both the conditions imposed by AA Films, which is responsible for the distribution of 2.0 Hindi version.

AA films even asking exhibitors to showcase KGF on 21ist December then only they will give #2point0 to them. Exhibitors refusing to do so, because of these tactics 2point0 is suffering. Its high time film house booking should get done & advance booking starts, buzz is phenomenal

Kadel said that the film exhibitors have not agreed to both of the demands. An MGC makes it mandatory for a signee to pay the amount mentioned in the deed even if they suffer losses.

"The exhibitors have suffered a big loss due to the signing of the MGC in case of Aamir Khan's Thugs of Hindostan. They are yet to recover the losses and therefore are cautious in signing the MGC in 2.0 case," said Kadel.

The defiance of the distributor and the exhibitors have led to the suffering of 2.0 and the movie lovers. However, the movie made on a massive budget of around Rs 600 crore, has already collected Rs 370 crore by selling advance tickets and digital rights.