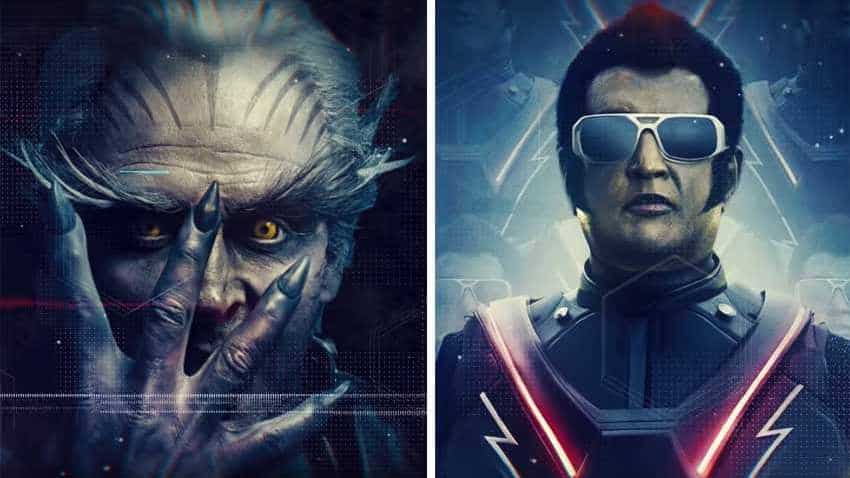 2.0 Box Office Collection: Directed by S Shankar and sequel to Robot, rajinikanth and Akshay Kumar starrer 2.0 has already crossed Rs 400 crore mark worldwide. The film's entry into the Rs 200 crore (worldwide gross) club in the opening weekend is itself a feat for Indian films. However, made with a huge budget of over Rs 550 crore, the film has now entered into its second week and has already registered slow growth on the box office.

"The film has earned Rs 135 crore net in 6 days in South India while it has earned Rs 119 cr net in northern belt. Though it has done a good business in Tamil Nadu, its performance at Andhra Pradesh, Telangana and Kerala box offices have not been up to the mark. Its gross India collection now stands at Rs 310 crore after 6 days," told film critic and trade analyst Sumit Kadel to ZeeBiz.Com.

Sumit said that despite its good weekend performance, the film may not get the 'Hit' tag.

"The film needs minimum Rs 600 crore to get a 'Hit' tag. The film's lifetime India collection may be around Rs 350-380 crore. It's a hit in Hindi belt but a clear flop in South given the huge making budget," said Kadel.

Kadel said that even if its global earning is taken together, the film's performance is not up to the expectations.

"The film was released on around 12000 to 15000 screens globally. Lyca Productions have sold it to distributors/theatre owners at a very high price in India. Neither its South India collection nor its global collection justifies it as a 'Hit' film," said Kadel.