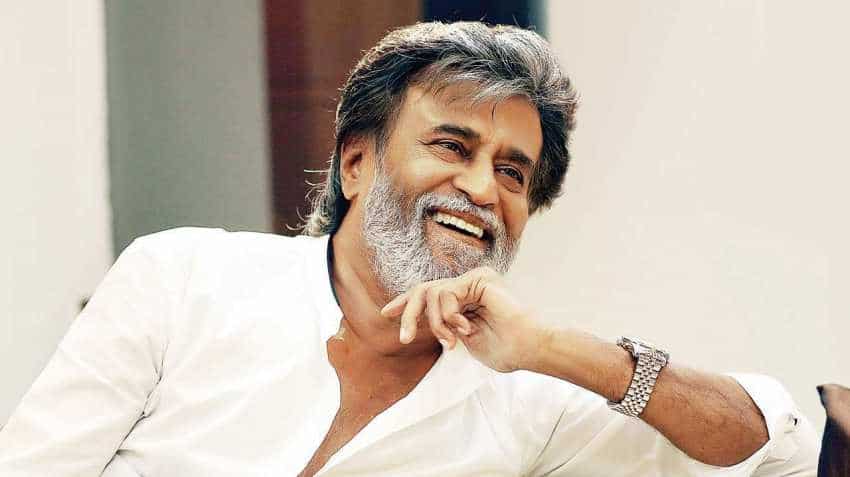 Basking in the glory of 2.0 success, which has already beaten Baahubali's record on box office earnings, superstar Rajinikanth is planning to launch his own television channel, said a LiveMint report, adding that the actor's long time associate, VM Sudhakar, has approached the Trademark Registry to register trademarks in the name of Superstar TV, Rajini TV and Thalaivar TV.

VM Sudhakar is a senior functionary of the Rajini Makkal Mandram, a forerunner to the political party of Rajinikanth, who announced his political entry in December last year, but is yet to float his party.

According to the Mint report, the 69-year old has actor confirmed about the applications filed in the name of Sudhakar. In a letter signed and addressed to the registrar of trademarks, Rajinikanth is quoted as saying, “I, R. Rajinikanth have no objection to use my name, photo on the logo and label. I request the registrar to process the application to next level.”

Another senior functionary close to Rajinikanth also reportedly confirmed the move taken by the Rajini Makkal Mandram members to launch the TV channel.

On December 31, 2017, Rajinikanth had announced that he would launch a party that would engage in “spiritual politics”. He had reportedly stated that the party would contest all 234 seats in the next assembly elections in Tamil Nadu, slated to take place in 2021.

Even as Rajinikanth is yet to launch a party, the Rajini Makkal Madram has been engaged in strengthening his cadre base by restructuring his fan clubs and appointing secretaries at the district levels, the report said.

Notably, Rajinikanth starrer 2.0 after completing its third week has collected Rs 518 crore in India in all the languages, said a report, adding that the sci-fi venture has beaten the business of Baahubali, which had collected Rs 516 crore during its theatrical run.