"Consumers with either an original Galaxy Note7 or replacement Galaxy Note7 device should power down and stop using the device," the company said in statement. 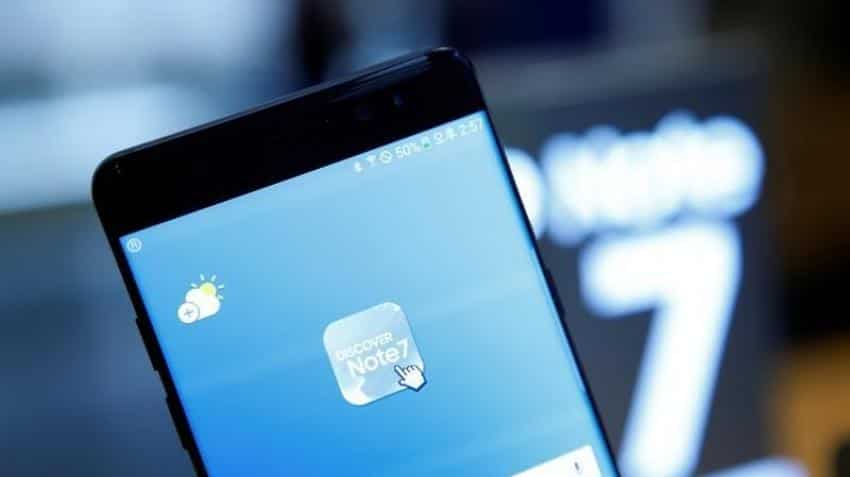 Samsung Electronics Co Ltd told customers on Tuesday to stop using their Galaxy Note7 smartphones while it investigates reports of fires in the devices, as the tech giant scrambled to contain a deepening recall crisis.

Top U.S. and Australian carriers on Monday suspended sales or exchanges of the flagship Note7s, while major airlines reiterated bans on passengers using the phones, after smoke from a replacement device forced the evacuation of a passenger plane in the United States last week.

The world`s top smartphone maker said it had asked all global carriers to stop sales of the Note7s and the exchange of original devices for replacements, while it worked with regulators to investigate the problem.

"Consumers with either an original Galaxy Note7 or replacement Galaxy Note7 device should power down and stop using the device," the company said in statement.

Samsung`s decision to pull Note7s off the shelves for the second time in two months underscores the South Korean firm`s struggles to fix the over-heating issue.

The premium device launched in August was supposed to compete with Apple Inc`slatest iPhone for supremacy in the smartphone market. Well received by critics, its first problem was a shortage as pre-orders overwhelmed supply.

But within weeks of the launch images of charred Note7s began appearing on social media, in the first sign that something was seriously amiss with the gadget.

Samsung has since recalled 2.5 million Note7s due to faulty batteries, and the latest reports of fires in replacement devices is raising fresh doubts about the firm`s quality control procedures.

Edward Snyder, managing director of Charter Equity Research, said it was important to get the Note7 off the market.

"This has probably killed the Note7 brand name, who knows if they’ll even be allowed to re-release it," Snyder said.

A person familiar with the matter told Reuters on Monday Samsung had temporarily halted production of Note7s and Samsung said it had adjusted shipments of the phones.

The U.S. Consumer Product Safety Commission said Samsung was making the right decision by halting sales and exchanges of the device.

"No one should have to be concerned their phone will endanger them, their family or their property," CPSC Chairman Elliott Kaye said in a statement.

"While we continue our active investigation into reports of phones overheating and burning in multiple states, consumers should power down and stop using all Galaxy Note7s. This is the safest course of action."

The Korean Agency for Technology and Standards also said consumers should stop using Note7s and said it would work with Samsung on future steps.