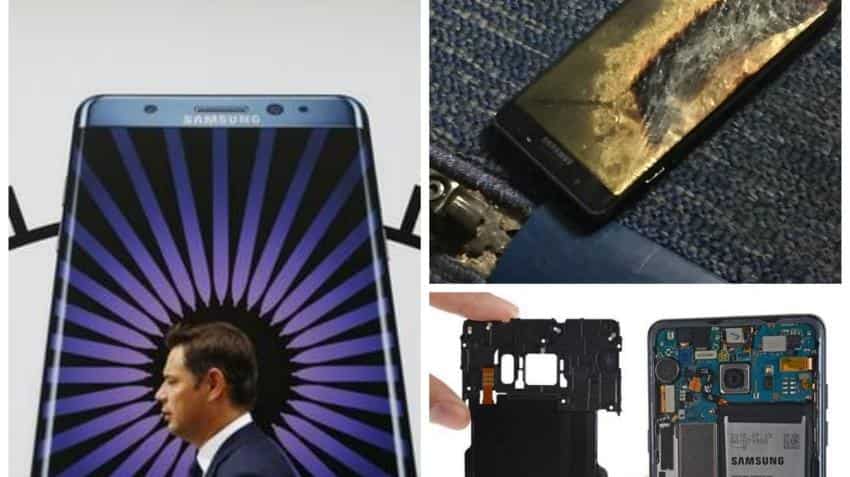 Cost to the company over scrapping the model was estimated to reach $ 2.3 billion. Image Source: Reuters
RELATED NEWS

The repercussions of the explosive Samsung Note 7 incidents could be potentially damaging to the brand more so than its financial impact.

Fitch Ratings said in a report that Samsung Electronics’ (SEC) customers may now be inclined to choose Apple or other brands over this incident.

“Note 7 and other potential SEC handset customers may now chose Apple - SEC's principal competitor in premium handsets - or mid-tier companies, if damage to the Samsung and Galaxy brands is sustained,” Fitch said.

Although the company’s rating, which is backed by strong financial metrics are not likely to be affected; however this may raise questions over the company’s research and development capabilities.

“The immediate impact of the Note 7 incident is unlikely to be significant enough, in itself, to affect Samsung Electronics' A+/Stable credit rating, which is supported by strong financial metrics that are in line with a higher rating.

… However, the problems with the Note 7 have raised long-term uncertainty about SEC's handset operations, as the issues with the flagship model have highlighted weaknesses both in R&D capabilities and the company's capacity to efficiently remedy serious hardware defects,” Fitch said.

The company’s operating profit decreased by one third to $ 4.7 billion in 3Q16 which is now 30% lower than the same quarter last year, Fitch said.

Cost to the company over scrapping the model was estimated to reach $ 2.3 billion, Fitch said.

However, Fitch pointed out that its direct financial impact could be buffered by ample liquidity and a strong balance sheet.

Samsung recalled 2.5 million Note 7 models in September alone after a number of the smartphones exploded, which was initially pinned on faulty batteries but after the new batch of phones suffered the same fate the company suspended production of this model.