Will Indian IT firms manage to sway US delegations that arrived in India?

Two US delegations have arrived today in India and met with government officials as well as top Indian IT firms. 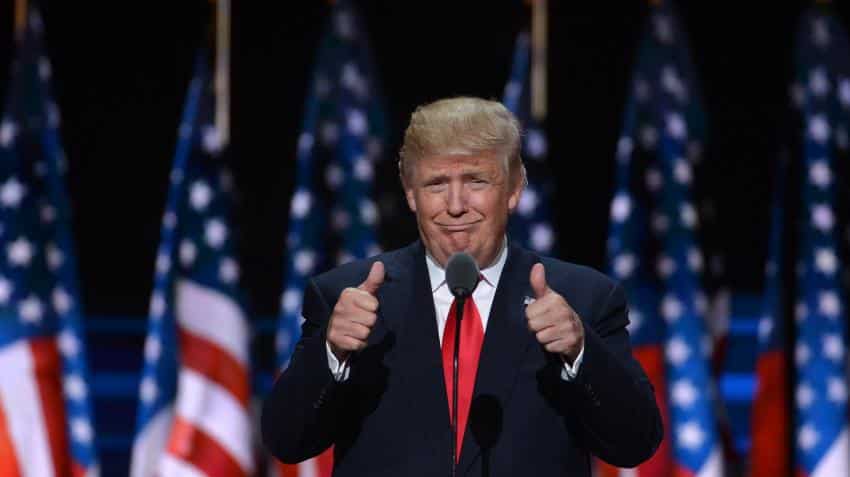 Will Trump give the Indian IT industry the thumbs up? Photo: IANS
Written By: ZeeBiz WebTeam
RELATED NEWS

Two delegations of US lawmakers from the Donald Trump administration on Monday began their visit to India to better understand the country's economy. The two delegations comprise of 27 US lawmakers and is looking to fix a bilateral meeting between Prime Minister Narendra Modi and US President Trump sometime in May or June in the US.

According to a Live Mint report quoting an unnamed official said that the meeting will be used as opportunity to exchange views on economic and security related issues. However, the biggest question Indian officials are expected to convey is their concerns on the plans to cut the H1B and L1 visas used by Indian software professionals to work in the US.

President Trump has plans to cut the number of H1B and L1 visas offered by the US, apart from plans to reduce the number of green cards the country hands out. These are significantly expected to impact Indian IT professionals working in the US and could lead to massive job losses for them.

Apart from this, a US legislation (Lofgren Bill) has been introduced that proposes doubling of the minimum wages of H-1B visa holders to $130,000. The current H-1B minimum wage of $60,000 was fixed in 1989 and has since remained unchanged.

While they might not admit it openly, this has been the biggest cause for concern among the Indian IT companies since Trump's victory in the US elections. Many of the growth projections of IT companies have been effectively reduced over the next year due to such decisions takes by the new US government.

In fact, the Commerce and Industry Minister Nirmala Sitharaman earlier this month met with top government officials and industry representatives on the proposed tightening of the US visa regime and its impact on the domestic IT sector.

Secretaries from the ministries of external affairs, finance, telecommunication, electronics and IT, commerce as well as DIPP, besides representatives of industry chambers and Nasscom, were present.

"We had an interaction with the minister and exchanged views on rising trend of protectionism and anti-globalisation and the perspective of the industry...," Nasscom President R Chandrasekhar told .
Sitharaman had earlier stated that India is closely monitoring the developments and is constantly in touch with the councillor office in the US.

This visit by the US officials is looked at as way in which Indian IT firm can plead their case before the Trump administration to dissuade them from implementing the visa and immigration restrictions on India. Chandrasekhar had added that the CEOs of the country's biggest IT services companies were meeting the US officials today.

It is yet to be seen how this meeting turned out and whether the officials from especially the Republican party will take heed of it and relay it to the US President. While the IT industry may try its best to convince the US officials, all eyes will however be on PM Modi's meeting with President Trump in a few months time.

India has significantly increased its ties with the US during the President Barack Obama regime and the Indian officials will want to continue with this. However, the visa restrictions will prove to be a sore-point in the relationship between the two countries, if the Trump administration decides to go ahead with it.

Indian IT sector contributes 9.3% to the country's GDP and is one of the largest private sector employers at 3.7 million people.