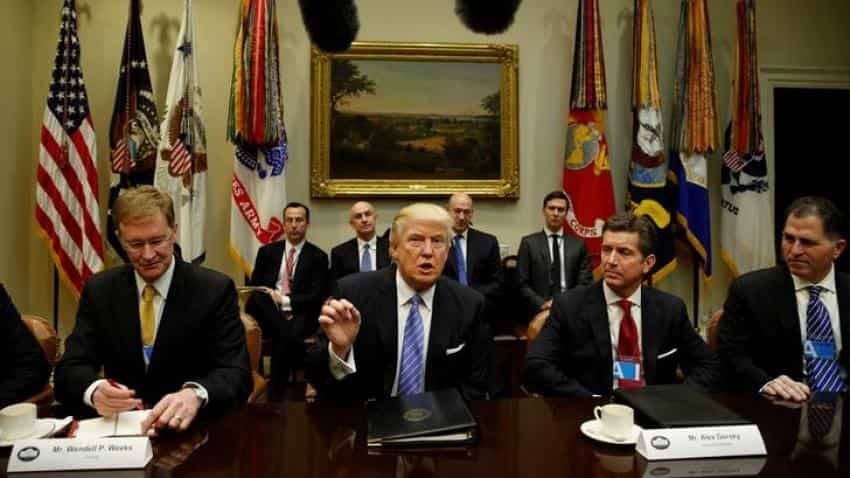 Exports contribute majority of the Indian IT sector which contributes 9.3% of the gross domestic product (GDP) and one of the largest private sector employer at 3.7 million people. Image Source: Reuters

With the US President Donald Trump is expected to sign a new executive order aimed at killing work-visa programmes including the H1-B and L1 visas as part of a larger immigration reform, the order if passed is projected to be negative in the medium to long term for the Indian IT Services sector, ICRA said in its latest research note.

The H1-B visa is a non-immigrant visa that allows US companies to employ foreign workers in specialty occupations that require theoretical or technical expertise in specialised fields. The technology companies depend on it to hire tens of thousands of employees each year, according to earlier PTI report.

"I think with respect to H1-B and other visa is part of a larger immigration reform effort that the President will continue to talk about through executive order and through working with Congress," the PTI news report said on Tuesday quoting White House Press Secretary Sean Spicer as saying to reporters at his daily news conference.

Exports contribute majority of the Indian IT sector which contributes 9.3% of the gross domestic product (GDP) and one of the largest private sector employer at 3.7 million people.

“With such large exposure to United States of America (USA), proposed  hike in minimum wages from current $60,000 to more than $ 130,000 for grant of H1-B visa will be negative for the Indian IT Services,” ICRA said in research note on Wednesday.

With proposed wage hike for grant of H1-B visa, the cost of delivery is expected to increase substantially over the medium term. A part of the same may be passed on to the client at the time of annual renewals though it will also impact the margins of Indian IT Services companies to some extent, it added.

Indian IT services companies have increased their onsite presence through local hiring over the last few years and reduced dependence on H1-B visa holders owing to cap on visa issuance among other factors.

The ratings agency has projected that Indian IT companies having onsite presence through local hires will have competitive advantage and flexibility while bidding for new contracts and future scrutiny of outsourcing models if the proposed law to hike minimum wages for H1-B visa is passed .

“... Companies having onsite presence through local hires will have a competitive advantage and flexibility while bidding for new contracts as well as future scrutiny of outsourcing models by various regulators,” ICRA said.

Commenting on the benefit of importing low cost skilled labour into USA, ICRA said in a statement “ The benefit of importing temporary low cost skilled labour into USA will diminish over the medium term if the proposed law becomes effective. Indian IT Services companies may resort to higher offshore component while negotiating new deals/renewals to protect their margins while being cost competitive.”

“Overall, the proposed law if passed is expected to be negative in the medium to long term for the Indian IT Services sector. Traditionally, larger IT Services players have enjoyed higher margins and will be better placed to absorb such costs compared to mid size players,” it further added.

ALSO READ: US president Donald Trump should analyse skill shortage in US before signing bill on immigration: Nasscom

US H1-B Bill, if passed, will erode margins of Indian IT companies