In the past both Sessions and Grassley have worked together to bring legislations on H-1B visas that badly hit Indian IT companies. 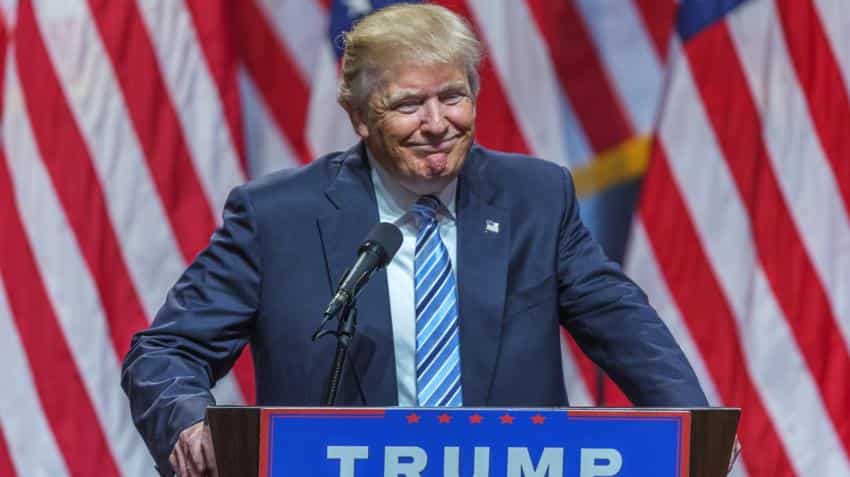 The Office enforces the anti-discrimination provisions of the Immigration and Nationality Act. Photo: IANS
Written By: PTI
RELATED NEWS

US President-elect Donald Trump's nominee for the post of Attorney General has assured lawmakers of taking steps towards pushing legislative measures to curb misuse of H-1B and L1 work visas significantly used by Indian IT professionals and allegedly replace American workers.

"It's simply wrong to think that we're in a totally open world and that any American with a job can be replaced if somebody in the world is willing to take a job for less pay," Senator Jeff Sessions told members of Senate Judiciary Committee during his confirmation hearing for the position of US Attorney General.

"We have borders. We have a commitment to our citizens and you have been a champion of that. I've been honoured to work with you on it," Sessions said in response to a question from Senator Charles Grassley, Chairman of the Senate Judiciary Committee.

In the past both Sessions and Grassley have worked together to bring legislations on H-1B visas that badly hit Indian IT companies.

The Office of Special Counsel for immigration related unfair employment practices is an office within the Justice Department which would be headed by Sessions if he is confirmed by the US Senate.

The Office enforces the anti-discrimination provisions of the Immigration and Nationality Act.

"While the office is designed to protect foreign nationals with employment visas from discrimination, it is also charged with ensuring that American workers are not discriminated against in the workplace.

Many US workers advocate that the layoff of American workers and the replacement by cheaper, foreign, H-1B workers constitutes de facto nationality based discrimination against American workers," Grassley said.

"The Obama administration has failed to protect American workers here. Will you, this is my question, will you be more aggressive in investigating the abuses of these visa programmes?" he asked.

"I believe this has been an abuse. And I have been pleased to support your legislation and some others too, that others have produced that I believe could be helpful. It needs to be addressed," Sessions said.

Describing Sessions as a vocal champion for American workers, Grassley said many American workers are being laid off and replaced by cheaper foreign labour imported through some of the US visa programmes.

Sessions, Grassley and Senator Dick Durbin in the past had co-sponsored a bill that would reform H-1B visa programmes by ensuring that qualified American workers are considered for high skilled job opportunities before those jobs can be offered to foreign nationals.

This provision would crack down on outsourcing companies that import large number of H-1B and L1 workers for short training periods and then send these workers back to their home countries to do the work of US workers, he added.

"In 2013, you and I seem to be the lone senators on this committee who fought for US workers. We argued that the Gang of Eight bill that would have increased the number of foreign workers who came in on H-1B visas and actually hurt Americans who were qualified, willing to do those jobs, we said that the bill failed to adequately protect US workers and neglected to hold employers accountable for misusing the H-1B and L1 visa programs," Grassley said.

"We tried to provide more protection for US workers. We tried to ensure that no business imported foreign workers before making a good faith effort to hire people at home. We tried to expand the ability for government to audit employers, we offered amendments that were supported by the AFL-CIO," he said.

"In April 2015, you helped lead eight other senators in a letter to then Attorney General Holder, Secretary of Homeland Security Johnson, and Secretary of Labor Perez on this issue. Some of those who signed that letter sit on this panel today. For instance, Senator Durbin and Blumenthal," he said.

That letter requested that the Obama administration investigate abuse of H-1B visa programmes by companies including Southern California Edison, Disney and IBM that have been laying off American workers and replacing them with H-1B workers in some cases reportedly making the American workers train their own replacements, Grassley said.