Trump signed an executive order banning foreign nationals from seven predominantly Muslim countries to enter the US on Friday. 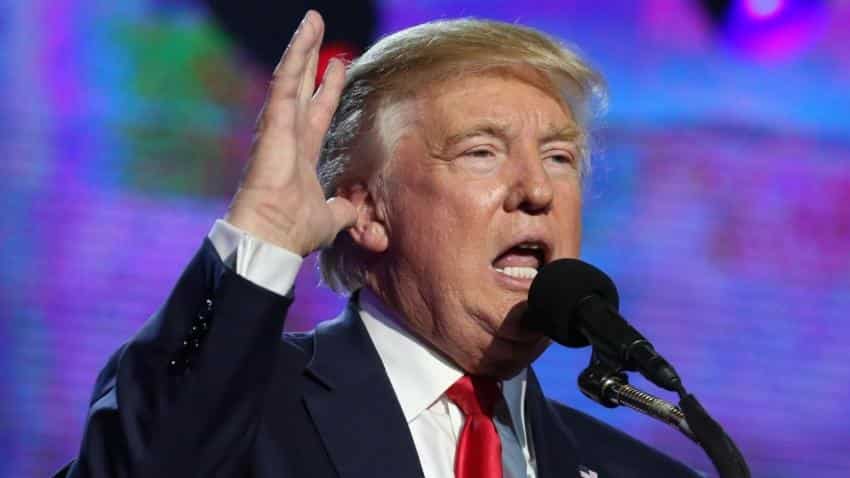 The draft of the order was leaked and published by some news websites yesterday. Photo: IANS
Written By: PTI
RELATED NEWS

US President Donald Trump is expected to sign a new executive order aimed at strangulating work-visa programmes, including the H1B and L1 visas used by Indian IT professionals, as part of a larger immigration reform effort, a top White House official has said.

The executive order drafted by the Trump Administration not only strangulates H-1B and L1 visas, but also increases inspector raj and ends employment authorisation cards to spouses on such work visas, which was recently introduced by the previous Obama Administration.

The draft of the order was leaked and published by some news websites yesterday. "I think with respect to H1Bs and other visa is part of a larger immigration reform effort that the President will continue to talk about through executive order and through working with Congress," White House Press Secretary Sean Spicer told reporters at his daily news conference.

As per the leaked draft order, Trump would reverse Obama's extension of the duration of the optional practical training work visas, which allowed foreign students to stay in the US a bit longer after completion of their studies.

Within 90 days of the signing of the executive order, the Secretary of Homeland Security would have to review all regulations that allow foreign nationals to work in the US and determine which of those regulations violate the immigration laws or are not in the national interest of America.

It would also immediately terminate all parole policies. The executive order will also ask the Secretaries of Labour and Homeland Security to restore the integrity of employment-based non-immigrant worker programmes and better protect US and foreign workers affected by these programmes.

The draft order seeks the administration to "consider ways to make the process of allocating visas more efficient and ensure that beneficiaries of the programmes are the best and the brightest."

It also proposes to establish a commission or advisory committee to analyse the nation's current immigration policies and their impact on the American society, economy, work force, and the foreign policy and national security interest of the United States.

The H1B visa is a non-immigrant visa that allows US companies to employ foreign workers in speciality occupations that require theoretical or technical expertise in specialised fields. The technology companies depend on it to hire tens of thousands of employees each year.

Trump signed an executive order banning foreign nationals from seven predominantly Muslim countries to enter the US on Friday.