Wal-Mart would invest in Flipkart in exchange for a minority stake in it. 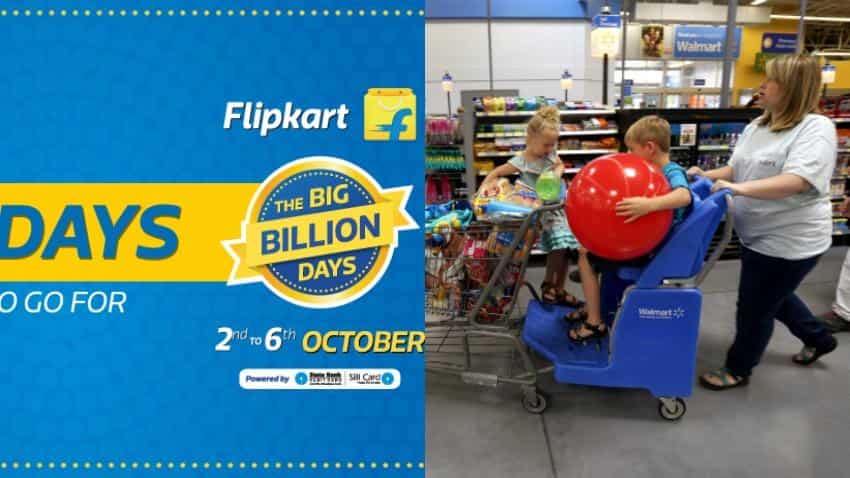 US retail giant Wal-Mart Stores is in advance talks to invest as much as $1 billion in e-commerce major, Flipkart. The move comes as the two companies battle against Amazon in the e-commerce, a Bloomberg report, said, quoting a person familiar with the matter.

Wall-Mart would invest in exchange for a minority stake in Flipkart, said the report quoting another person who asked to remain anonymous. The final terms of the deal are yet to be worked out, and negotiations are still underway.

“It is our policy not to comment on rumours or speculations,” said a Flipkart spokesperson when the Zeebiz team reached out to the company.

Despite being the largest online retailer in India, Flipkart has been coming under a lot of pressure from Amazon, which as recently as in June, pumped in another $3 billion into their India operations.

The move assumes significance as funding for and investments in e-commerce firms in India remains under pressure, with the balance sheets of these companies still in the red.

The Wal-Mart-Flipkart deal stands to benefit both, the e-tailer and the retailer. While Flipkart will get the much-needed capital infusion during the festive period, Wal-Mart will gain a foothold in India’s expanding e-commerce market and challenge its US rival Amazon.

A spokeswoman for Wal-Mart said she could not immediately provide a comment, the Bloomberg report said.

Wal-Mart’s earlier retail joint venture with Bharti Group in India had failed to take off and the company eventually sold its stake in it.