The number of internet users in India has grown by 30.5% since last year; Flipkart’s growth, on the other hand, has doubled. 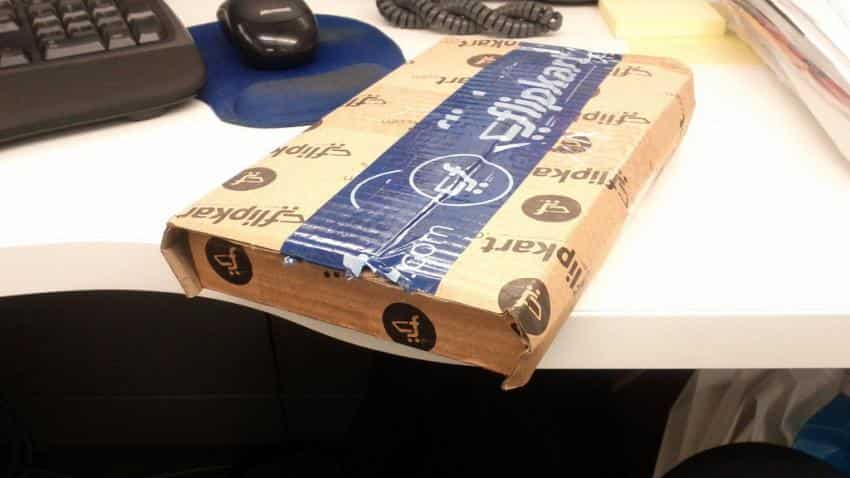 A Flipkart package lies on a desk next to a computer. Photo: Flickr

Flipkart recently announced that it had crossed 100 million users on its e-commerce platform. With this, the homegrown e-tailer has now joined the likes of Paytm and Hike messenger, that have already achieved this target.

Globally, some of the companies that have achieved this milestone include companies such as, Facebook, Amazon, Alibaba, Google, Uber, Pinterest, WhatsApp, and Tencent.

We wanted to take a closer look at these figures, pitting them against various 'internet' milestones in the country. Here's what we found:

Flipkart’s registered customer base accounts for nearly 63% of the cummulative wireless and wireline broadband connections in India, the company said in a statement.

The 100 million users figure is no small feat given that the total number of internet users in the country is 462 million as on July 1, 2016, according to Internet Live Stats. This means, on an average, one out of every four internet users in India is a Flipkart customer.

This means that Flipkart’s user growth has been three times more than the average internet user growth in India.

According to the Flipkart spokesperson, the 100 million registered users account for the number of people who have signed up on the website.

Flipkart uses a person's mobile phone number to let them register, and if the said number is already registered with the e-tailer, it doesn't allow the user create a second account using the same number.

If a person, however, has two or more mobile numbers, he or she can create multiple accounts on the website. A user would also need to use a separate email id as most e-companies do not accept the same email id if it is already registered with them.

Gautam Mehra, Chief Data Officer of Dentsu Aegis Network (DAN), however, said that there were no means to validate the claims as there is no independent organisation that looks into these numbers.

He said that many of these numbers were based on estimations, while digital marketing companies get such data through cookies. There could be one user accessing the site from multiple points such as different mobile phones, desktop, browsers, etc.

“It was estimated that around 45 million e-commerce transactions were conducted by people last year alone. So Flipkart reaching the 100-million-users mark is a big achievement,” Mehra said.

He, however maintained that with the push given to e-commerce companies in the year, it could be true. “This would mean a 20% quarter-on-quarter growth in users for Flipkart to achieve this target,” he said.

Similarly, Sanjay Mehta, Joint CEO of Social Wavelength, said that there is no central body which checks into such numbers and that they can only be attained through internal data sources of the company.

Apart from this, the number of registered users does not mean that all of them will be active buyers or, for that matter, have made even a single purchase. The number of transacting users (those who make purchases online on a fairly regular basis) are much lower than the registered users. The total number of online transacting users in the country are estimated to be about 50-60 million, according to a Mint report.