Contrary to popular belief that the Indian IT industry is going to be impacted by the US H1B visa restrictions, there are many reasons why it won't be hit. 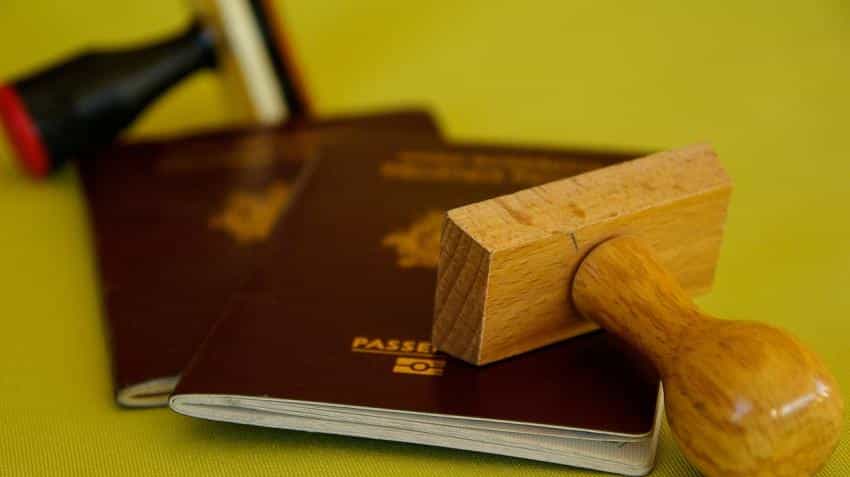 The Republican Party in the US is reviving the H1-B visa restrictions issue by introducing a law once again into the Senate. This comes after the President-elect Donald Trump's crack down on US companies outsourcing their jobs to other countries.

This clearly impacts Indian IT companies and their shares where under pressure all of last week. However, analysts Ravi Menon and Aniket Pande of Elara Securities say that, contrary to popular belief, the Indian IT sector is not likely to see an impact from the H1-B visa rules.

One of the reasons for this is that out of all IT companies, only 17 Indian firms are among the top 50 H1-B sponsors which account for low 15.9% of the total H1-B labour condition applications (LCA), according to the US Bureau of Labor Statistics.

Besides, there are several IT companies from around the world that are beneficiaries of H1-B visas. The top 50 IT firms made up 30% of the LCA certified and it 648 firms to reach even 50% of LCA.

Out of this, only eight Indian IT firms have a bulk of their operations using Indians. This suggest that at least half the top 50 LCA filers are non-Indian centric.

The analysts also believe that if a high wage floor is imposed for attaining H1-B visas, IT companies could use L1 and L2 visas, especially for firms that have an offshore presence.

Besides this, it will not only impact the Indian IT companies but also US corporations. Increasing the wage floor for all H1-B visas would mean increasing the pay significantly for employees they would like to send from India and getting the same skilled labour from within the country might be difficult as there are significantly less percentage of the population in certain US cities which have a bachelor's degree or higher.

“For eg, Google’s lowest pay for H1B visa was $56K/year for a datacenter job at Council Bluffs in Iowa in FY15 where median income was $45.5K/year, and only 17.8% of the city’s population had a bachelor’s degree or higher,” said the report.

With the wage restriction on H1-B, visas this will also ensure that skilled employees from India earn on the same level as an average US household. For instance, currently across the US, the wage floor for H1-B visas is infeasible as it discriminates against operations in lower cost cities. Goldman Sachs’ lowest pay of $45K/year was for a position at Irving in Dallas where median household income is just $53.9K/year and about 34% of the adult population had a bachelor’s or higher.

An H1B visa fee hike is the most viable option, especially since it can be applied at a differential rate to employers which rely significantly on it.

The restrictions on H1-B visas, if approved, will most likely affect small firms more than large outsourcing firms. Large outsourcing IT firms can still rely on L1 and L2 visa categories intended for intra-company transfer of employees.

Elara sees no major risk to earnings from US visa fee increases. It estimates a fee increase to $10,000 is likely from the current $4,000. This will imply a per hour cost increase of about $2/hour over a three-year period (the usual initial period for which a visa petition is granted).

This will apply only to new visas, and, therefore, we estimate the impact on earnings to be minimal, the Elara duo said.