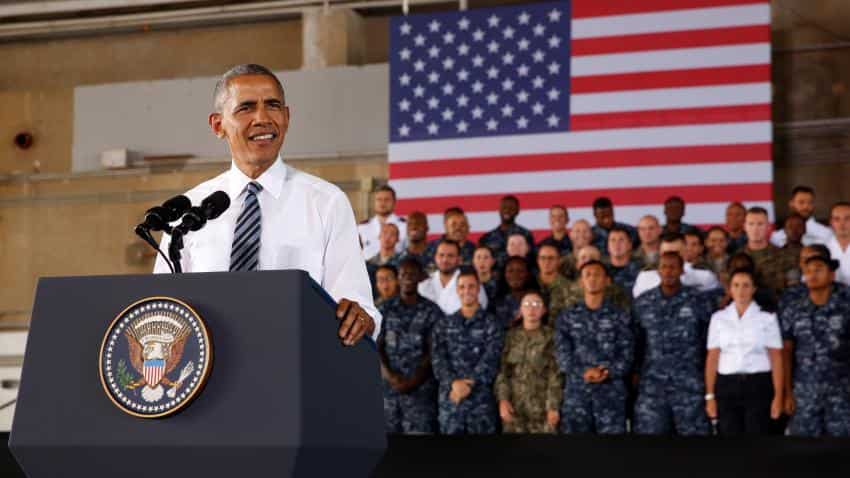 H1 B visas are non-immigrants who hold a speciality in occupations while those with L1 visas are those transferred intracompany to the US. Photo: Reuters
Written By: ZeeBiz WebTeam
RELATED NEWS

PM Modi in Africa: India to provide LOC of Rs 612 crore to Tanzania

In an attempt to prevent abuse of H1 B and L1 visa workers and to promote American skilled workers the US congress has proposed the H-1B and L-1 Visa Reform Act of 2016.

The bill, if passed by president Obama, will revise employer and government requirements regarding visas for non-immigrant aliens rated H-1B and L1.

The bill introduced in the House of Representatives by Democratic Congressman - Bill Pascrell and Republican - Dana Rohrabacher will forbid companies with more than 50 employees from hiring employees with H-1B visas as soon as more than half their employees are H-1B or L-1 visa holders, a report by PTI stated.

In early 2016, companies like Fortune 500 and Eversource Energy were accused of abusing the H1 B visa workers by providing them with low wages and firing American employees in the bargain for cheap labour.

However this move is seen to impact Indian IT firms that are seen to house majority of their employees from these visa categories.

Both these categories of visas are temporary work visas in USA.

Those who hold H1 B visas are non-immigrants who hold a speciality in occupations while those with L1 visas are those who have been transferred intracompany to the US.

The bill requires completion of a U.S. degree as a qualification for "specialty occupation" eligibility, eliminating experience in a specialty as an equivalent to the completion of such a degree.

First priority is reserved for aliens who have earned an advanced degree in a field of science, technology, engineering, or mathematics (STEM) from a U.S. institution of higher education.

After emphasizing the purpose of the bill to hire Americans first, a report by The Hindu also stated that the crux of the problem is a shortage of STEM skilled people.

PM Modi in Africa: India to provide LOC of Rs 612 crore to Tanzania