Jaguar Land Rover has seen a decline in its EBITDA margin, while its expenses had increased significantly over the last two years, which is a cause for concern for parent company, Tata Motors. 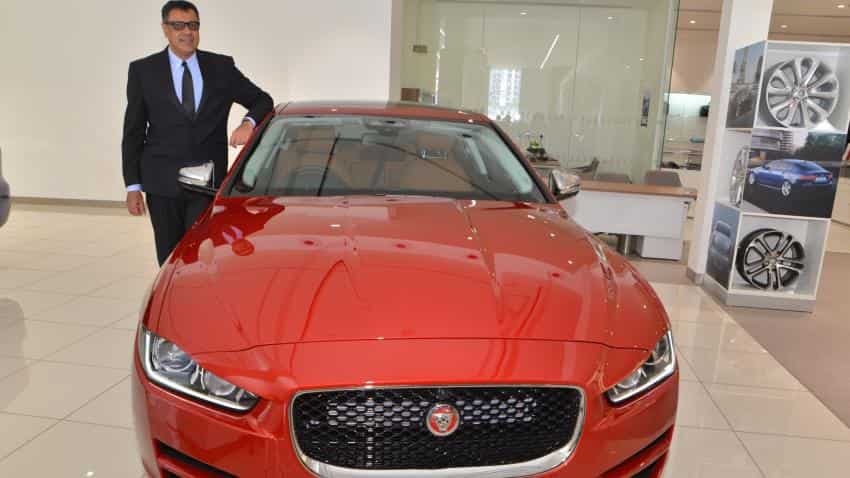 The Jaguar XE during the launch of the car in India. Photo: IANS
Written By: ZeeBiz WebTeam
RELATED NEWS

It seems to be tough road ahead for Tata Motors due to Jaguar Land Rovers (JLR). According to an Ambit Capital research report, JLR’s margin deterioration was caused by adverse product mix, warranty cost and incentives, rising capital expenditure, research and development (R&D) spends and aggressive R&D capitalisation of 79% versus 38% for peers.

It further said that over the two-years the expenses of Tata Motors’ subsidiary JLR has seen an increase in expenses in comparison to revenues as expenses such as material costs, employee costs, warranty costs, and works, operation and other costs have been increasing.

In addition JLR’s earnings before interest and tax (EBIT) margin gap with its German competitors such as BMW, Mercedes-Benz and Audi has widened in FY17 from 83 basis points lower in FY16 to 200 basis points in FY17.

“Amongst the peers, while BMW (CY16 EBIT margin at 9.1%) and Daimler (FY17 EBIT margin at 7.8%) more or less maintained their YoY margin levels, Audi’s EBIT margin witnessed a sharp deterioration of 313bps YoY. In other words, JLR’s EBIT margin gap with peers would have been sharper if not for the decline in Audi’s margin. It may also be noted that JLR’s EBIT margin, when compared to peers, is also overstated to some extent due to its higher capitalisation of product development,” said the analysts.

It further pointed out that JLR’s joint venture with Chery in China has been on another trajectory. It has witnessed a strong operational performance in FY17. Its sales volume and revenue grew by 90% YoY and 9 6% YoY respectively. The EBITDA margin in FY17 was strong at 23.9%, up 329 basis points YoY.

In fact, the joint venture’s margin performance is substantially better than that of the established and much larger operations of BMW-Brilliance China JV.

Even JLR’s management expects incentive and growth cost pressures on margin should continue in FY18.

“JLR’s margin has already hit a multi-year low in 1QFY18 at 7.9% (down by 460 basis points YoY and 425 basis points lower compared to FY17). The key factors cited for the muted 1QFY18 margin performance were lower volumes, rising incentives in key markets like North America and higher marketing/launch costs,” the report said.

In addition JLR’s capital expenditure and product development spend for JLR will remain high in the near term.