What are founders of then top 5 companies up to since dot-com bubble burst?

While many of these companies faded away into the background, their founders are still existent even though many of them may not be in the limelight  anymore . 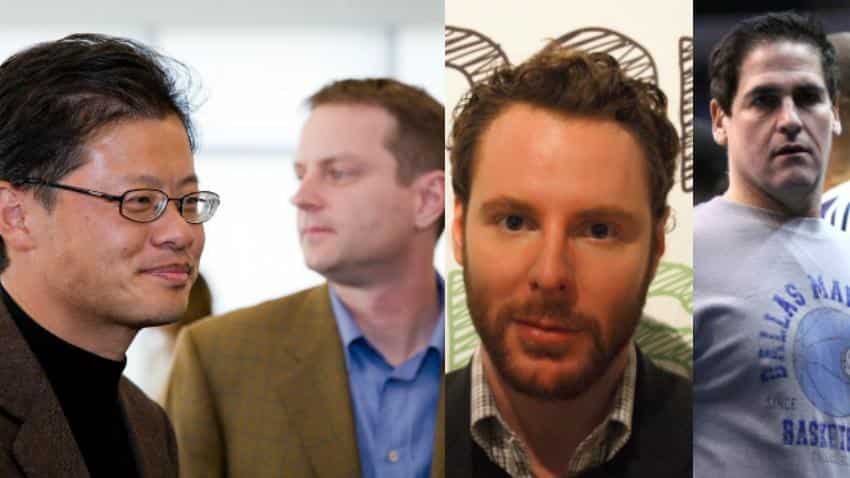 The dot-com bubble burst which took place in the late 90s and early 2000s saw several companies' fortunes being washed away and new companies emerge from the ashes. While many faded away into the background, their founders are still in business even though many of them may not be in the limelight anymore.

Here are some of the companies that were the biggest successes and failures and what their founders are doing today:

1. Broadcast.com: Formally founded as Audionet, an internet radio company in September 1995 by Christopher Jaeb, it was later run by Todd Wagner and Mark Cuban, who eventually sold it to Yahoo on April 1, 1999 for $5.7 billion, CB Insights said. All three became billionaires instantly.

Jaeb moved to Hawaii with his family and in 2007 founded Common Ground Kauai that is focuses on sustainable living. While Wagner along with Cuban, owns a production company, 2929 Productions, distributor Magnolia Pictures and Landmark Theatres. Wagner has a stake in Lion’s Gate films and owns Dallas Mavericks with Cuban.

Cuban appears on the popular TV show Shark Tank as one of the angel investors. Both Cuban and Wagner have their own charity organisations.

2. Napster: The company was one of the most iconic. It started music file-sharing websites at the time. However, it was subject to lawsuits and was eventually shut down. It was later brought by Roxio and then Best Buy, and was finally merged with Rhapsody.

It was started by Sean Fanning and Sean Parker. Parker, who was a programming prodigy, later moved on to social network site Plaxo and then joined Facebook as its president. He stepped down from Facebook in 2005, however he continued to advise Facebook’s CEO Mark Zuckerberg. The following year he joined VC firm Founder Fund and invested in Spotify in 2010. He reunited with Fanning in 2010 to start Airtime.com.

Fanning later launched the music marketplace Snocap, which failed, according to the report. Then came Rupture in 2006, a social network for World of Warcraft players. This was acquired by Electronic Arts and was later shut down. He founded Path.com in 2010.

3. Yahoo: The company which was recently acquired by Verizon for $4.8 billion was founded in 1994 by Jerry Yang and David Filo. It was the first to initiate us with options like search, email, news, messenger, and more. However, it saw a steady decline in the 2000s after a series of poor decisions and rising competition from Google.

Yang left Yahoo in 2012 and abandoned his board seats at Yahoo and Alibaba. He later founded AME Cloud Ventures and has funded over 50 start-ups through it. He rejoined Alibaba’s board in 2014.

Filo, however, stayed in the company “Chief Yahoos” and managed to stay out of the spotlight and through the sales negotiations in July 2016. He is still on the board of Yahoo. He started K12 Start Fund which invests in educational tech companies and the Yellow Chair Foundation, said the report.

4. Infospace (now Blucora.com): Microsoft employee Naveen Jain left the company to start Infospace in March 1996. The website was designed as an online directory and driven by an ad-based model. It managed to raise $75 million via IPO route in 1998 and then acquired Go2Net in July 2000.

However, the company was caught using controversial accounting methods and even disregarded the Securities and Exchange Commission rules.

Jain had to briefly step down in 2000 and was replaced albeit briefly by Russell Horowitz. Jain returned as the head of the company in 2001, only to be forced out by the board in December 2002.

He founded Intelius in 2003, which was a background check company and went public in 2008. It was sold in 2015 to H.I.G. Capital, a private equity firm. Jain had also started ‘Moon Express’ in 2010, a company with the goal of mining precious materials in space. It was even awarded a contract from NASA.

5. GeoCities: The company was one of the first webhosting sites founded by David Bohnett and John Rezner in 1994. GeoCities got listed in 1998 and was later acquired by Yahoo in 1999.

Bohnett made about $300 million from the sale of the company to Yahoo and started a charitable foundation called the David Bohnett Foundation. He also invests in start-ups through VC Baroda Ventures.

Rezner, on the other hand, got $100 million through the sale. Now he sits on the board of Acesis, a company for healthcare quality improvement.