While Yahoo has been successful in building a global audience of as many as one billion worldwide, "it hasn`t been able to change and adjust its brand as the market has changed," VanBoskirk told AFP. 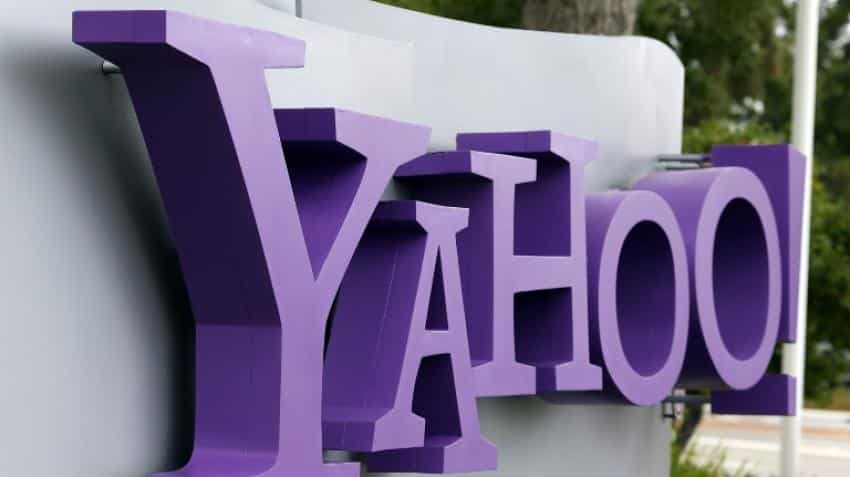 While Yahoo has been successful in building a global audience of as many as one billion worldwide, "it hasn`t been able to change and adjust its brand as the market has changed," VanBoskirk told AFP. Pic: AFP
Written By: AFP
RELATED NEWS

It appears at first glance to be an ignominious fate for Yahoo, the internet pioneer which has long been one of the best-known names in Silicon Valley.

A deal announced Monday delivers the core assets of Yahoo to telecom giant Verizon for $4.8 billion, a fraction of its peak market value of $125 billion at the height of the dot-com boom.

But while Yahoo as a corporate entity may be disappearing, the brand it created is likely to live on and potentially grow under its new corporate benefactor, analysts say.

"I don`t anticipate Verizon doing away with the Yahoo brand, they will maintain the Yahoo name on a lot of its very good media properties."

While Yahoo has been successful in building a global audience of as many as one billion worldwide, "it hasn`t been able to change and adjust its brand as the market has changed," VanBoskirk told AFP.

"It could be good for them if they think differently about what it means to be Yahoo. The brand will have a platform that may let them go farther than they have over the past five years."

The deal announced Monday was described as offering synergies for the two firms, as Verizon seeks to expand beyond a carrier and Yahoo needs help in stemming its decline against online rivals Google and Facebook.

Yahoo will be run through the recently acquired Verizon unit AOL, another faded internet star.

Bob O`Donnell of the consultancy Technalysis Research agreed that Verizon will want to keep the Yahoo brand which is recognized worldwide, at least for the near term.

"My guess is that Verizon will take a hands-off approach and might even tie it together with some AOL properties," O`Donnell said.

"Maybe this will allow them to take a longer-term view."

Yahoo`s chief executive Marissa Mayer said that the two-decade-old California company "has changed the world, and will continue to do so through this combination with Verizon and AOL."

She told a conference call that Verizon "offers significant strategic alignments in Yahoo`s focus on informing, connecting and entertaining our users."

One of the keys for the deal is whether two companies with vastly different histories and cultures and come together and thrive.

While Yahoo comes from the freewheeling, innovative world of Silicon Valley, Verizon has staid roots as a regulated telecom operator on the eastern seaboard.

"They are about as far on the spectrum as any two companies can be," said Roger Kay of Endpoint Technologies Associates.

Kay said Verizon "is an uninnovative company, very different from the software-oriented world" from which Yahoo comes.

Verizon needs to handle Yahoo with care if it wants the deal to work, analysts said.

"Culture is a key issue, it may be the key issue," Sterling said.

"Verizon will be the corporate master and exercise control but they want to create opportunities for innovation and not impose a culture that will send employees out the door."

He said some established firms such as Disney appear to have successfully integrated smaller firms without hurting innovation.

"It is possible for Verizon to use some corporate oversight and still give its new business unit enough autonomy... to attract talent and be creative," he said.