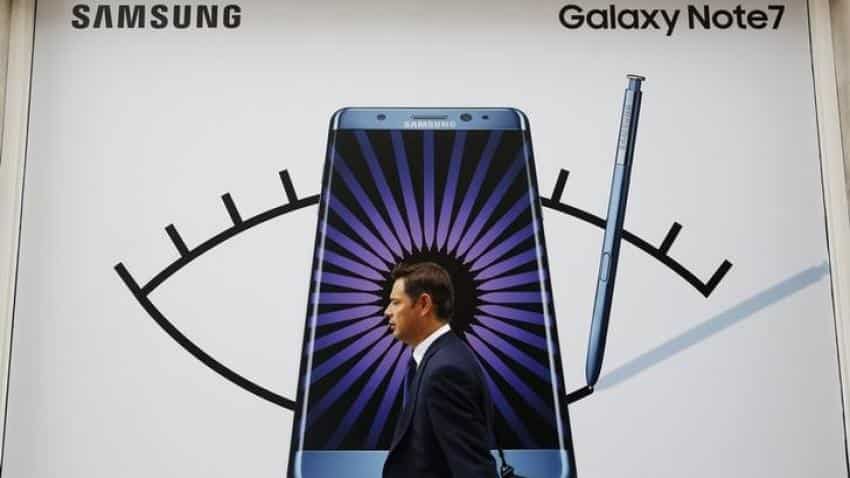 Scarred by the global recall of its flagship smartphone, Samsung Electronics Co is set to report on Friday it still expects a small rise in third-quarter profit, analysts say, with healthy sales of memory chips and displays easing the pain.

Lost sales and expenses tied to the recall of at least 2.5 million Galaxy Note 7 handsets to fix battery problems could cost the firm nearly $5 billion this year, some analysts have said. That could sap momentum from a nascent recovery in Samsung`s mobile business, an underperformer in recent years.

But a pickup in the memory chip market, led by demand from rival smartphone maker Apple Inc, will buttress earnings, company watchers say. A Thomson Reuters SmartEstimate, derived from a survey of 20 analysts, tips overall July-September operating profit to have edged up 0.7 percent from a year earlier to 7.4 trillion won ($6.65 billion).

Samsung will report its estimates for third-quarter revenue and operating profit, without further details, on Friday.

"So long as the operating profit number comes in at a low 7 trillion won level, the market will look at it and think some of noise surrounding the Note 7 recall issue has cleared," said HDC Asset Management fund manager Park Jung-hoon.

Analysts have lowered their expectations for Samsung`s mobile division since the Sept. 2 recall made global headlines. Some have cut their mobile division profit forecast by 1 trillion won or more to reflect the lost sales and costs of recalling a smartphone that had won rave reviews and made a strong sales start since its launch in Aug. 19.

But analysts say Samsung`s chips division - the firm is the world`s biggest memory chip maker - will soothe the Note 7 woes as other smartphone makers filled chip order books and drove prices higher ahead of the peak year-end shopping season. Analysts estimate the division could report quarterly operating profit of 3 trillion won or more - its highest in four quarters.

Analysts said the semiconductors uptrend was more pronounced for NAND memory chips - used for long-term data storage - as demand started to outpace supply during the quarter due to orders from Apple and Chinese smartphone makers. Demand for solid-state drive storage chips for mobile devices also grew.

Samsung stands to benefit from the upswing - especially in the NAND market, where it dominates rivals such as Japan`s Toshiba Corp and U.S. firm Micron Technology Inc in the market for high-end 3D products such as enterprise servers and storage.

Samsung`s display business earnings also likely picked up some of the slack from the mobile division thanks to increasing adoption of its organic light-emitting diode displays (OLED) by rising Chinese smartphone makers such as OPPO and VIVO, analysts said.

"While the Galaxy Note 7 recall is a painful blow, the third quarter will show that components including DRAM, NAND and displays did better than expected," Dongbu Securities said in a report, tipping operating profit for the chips division to be at 3 trillion won.