The South Korean electronics giant on September 2 suspended sales of its latest flagship smartphone and announced a recall of 2.5 million units already sold, after faulty batteries caused some handsets to explode during charging. 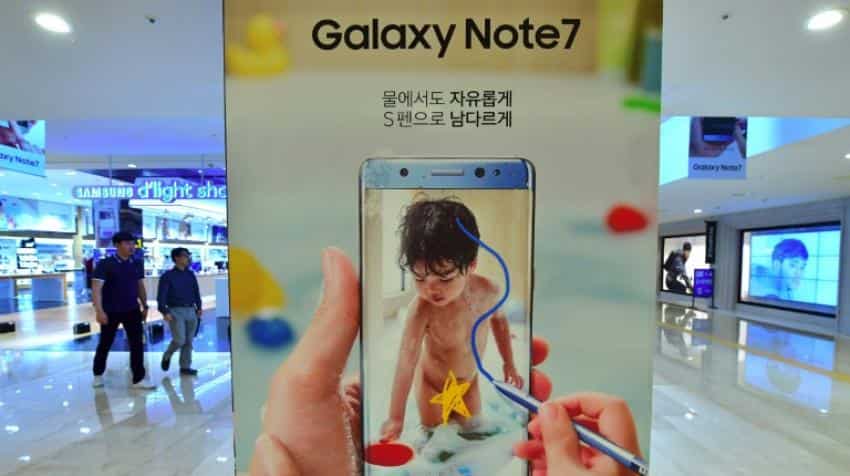 The South Korean electronics giant on September 2 suspended sales of its latest flagship smartphone and announced a recall of 2.5 million units already sold, after faulty batteries caused some handsets to explode during charging. Pic; AFP
Written By: AFP
RELATED NEWS

Samsung said Wednesday it would limit recharging of batteries for its Galaxy Note 7 smartphones to lower the risk of explosions in a measure apparently intended to jolt users into returning their devices following a recall.

The South Korean electronics giant on September 2 suspended sales of its latest flagship smartphone and announced a recall of 2.5 million units already sold, after faulty batteries caused some handsets to explode during charging.

Samsung announced a software update that will limit battery recharges to 60 percent of capacity in a half-page advert carried by major South Korean newspapers.

It would prevent the phones from overheating, and thus exploding, but would effectively mean a downgrade of the high-end device.

"It is a measure that prioritises consumer safety but we apologise for the inconvenience," the ad said.

The automatic update for South Korean users will take place on September 20, a day after Samsung begins to hand out new Note 7 handsets with fault-free batteries.

Samsung had advised consumers to trade their handsets for temporary replacement phones provided by the firm until it releases new Note 7s.

But many users have snubbed the offer, choosing to wait until the new phones were available, citing the inconvenience of switching devices for an interim period.

A Samsung spokeswoman said similar safety measures for overseas users were under review.

Since the global launch of the oversized "phablet" smartphone in August, several users have posted images on social media showing the charred device, saying it suddenly caught fire.

Samsung said the problem was caused by a faulty battery cell and announced a large-scale recall -- the first involving its flagship phone.

Since then, airlines and aviation agencies around the world including the US and Singapore have warned passengers against using them on flights.

The debacle dealt a major blow to the firm`s reputation and will likely hurt profits at a time when it faces a growing challenge from Apple`s iPhone in the high-end market and Chinese rivals in the low-end segment.

The mobile business accounts for a major share of profits at Samsung, which is the world`s largest smartphone maker but also produces home appliances and memory chips.