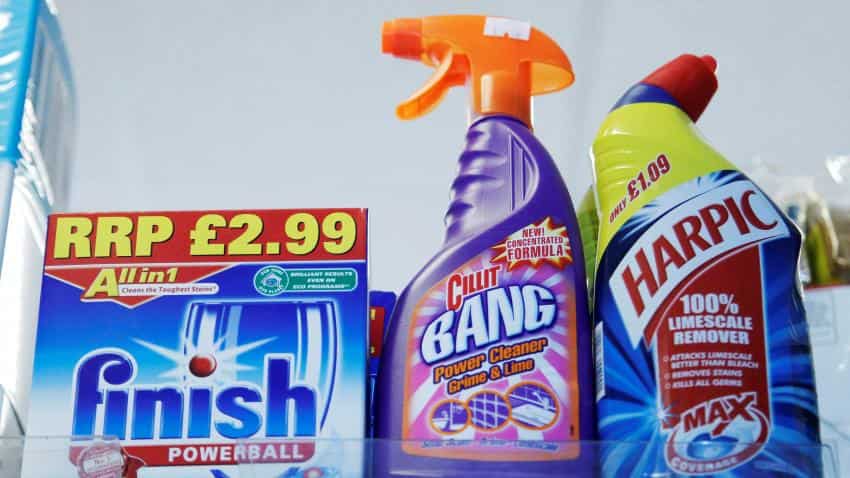 Products made by Reckitt Benckiser stand on a shelf in a store in Brighton, England. Image Source: Reuters
Written By: Reuters
RELATED NEWS

Oxfam said on Thursday in a report that Reckitt funnelled intra-company transactions through the "low-tax jurisdictions" of Netherlands, Dubai and Singapore, so that more profit accumulates there, rather than in countries where the company has its core business, and where tax rates are higher.

It went on to add that a significant business reason for the relocation was to save tax. It said that Reckitt restructured its transfer pricing model to avoid taxes.

Reckitt said it "strongly refuted" that its 2012 move to locate regional headquarters in the Netherlands, Dubai and Singapore was driven principally by tax avoidance. It said the decision was motivated by a desire to ensure its business was organised to be close to its customers and consumers.

The maker of Durex condoms and Lysol cleaners said in a statement that its tax policy is "totally legal and the norm for the majority of global businesses", adding its 2016 effective tax rate of 23 percent compared favourably with peers.

It also said evidence suggested that Reckitt took advantage of specific tax deals agreed with the Luxembourg government, and did not pay 17 million pounds in tax between 2010 and 2015.

"We similarly strongly refute any link between our tax structure and the assertion that we seek to avoid taxes in developing countries that could otherwise have been invested in public health and education," Reckitt said in advance of the Oxfam report.

"None of our business operations are in any way linked to tax avoidance in developing countries," it added.

The company said it supports efforts to increase trust and understanding of tax systems around the world and supports OECD guidelines on tax and transparency and will fully comply.