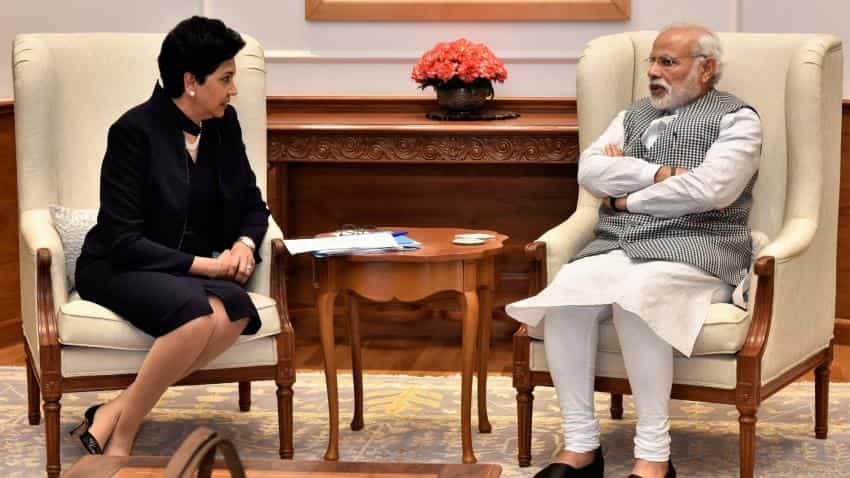 Cola company PepsiCo is looking at making investments to grow, process and use more Indian-grown fruit juice in its sparkling beverages. PepsiCo Chairman and CEO Indra Nooyi said in a statement after meeting Indian Prime Minister Narendra Modi on Thursday.

Nooyi met PM Modi earlier on Thursday and discussed PepsiCo's lauch of the new Quaker Oats products, according to a Bloomberg report. Pepsi will ad in whole grain in Quaker Oats to help Indian start day in a healthy way, said Nooyi.

She further said that the company is well positioned to help the Indian government to deliver on the national development goals for farmers.

Nooyi today also announced to partner with Maharashtra State government as they have entered into a letter of intent for mutual collaboration in skill development of workers in food processing plants, besides modernising Industrial Training Institutes (ITIs).

Nooyi began her week long tour of India on Tuesday.

Her visit comes when Tamil Nadu traders decided to impose a ban on cola brands Pepsi and Coca Cola due to what they claimed to be toxic. This has led several retailer to stop selling the cola brands citing health concerns.

The brands were even banned by protestors from using the water from the river Tamiraparani in Tamil Nadu. However, the Madras High Court today revoked the ban.

A reason why Nooyi has been pushing PepsiCo towards healthier foods and fruit juices.