LazyPay is a feature launched by PayU that makes small payments on behalf of the customer and which can be paid collectively at a later date. 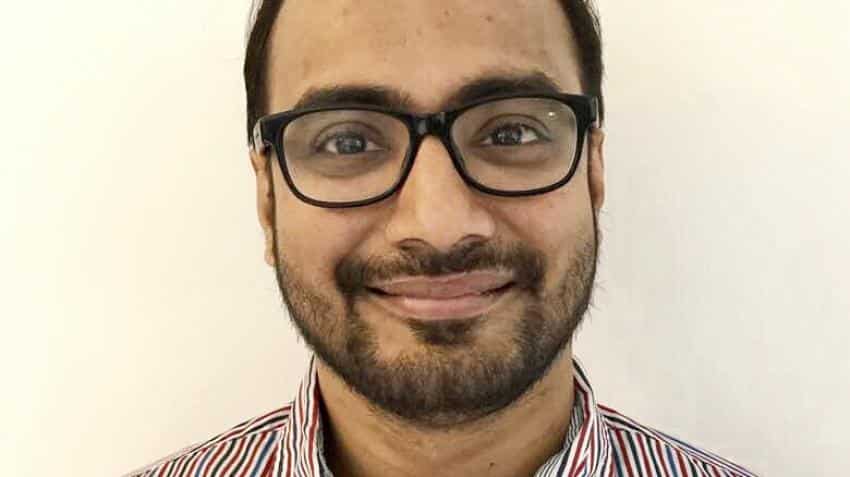 Digital payment company PayU India that launched its deferral payment 'LazyPay' in April will be spending $50 million overall for the development and marketing of its latest feature over the next few years. With this the company aims to get over 5 million users on board in the next one year.

The LazyPay feature is aimed at providing convenience to customers who transact digitally repeatedly in small value transactions on online portals. It makes the checkout faster and PayU pays for it allowing the customer to make the total payment at a later date.

At this point of time, LazyPay is applicable only on select merchants such as Zomato, PVR, Box8, Zomato, Jazz Cinemas, Netmeds and Innerchef, and the company is expanding its reach.

The feature can make payments on behalf of the customer up to Rs 2,500 and they could repay within a 15 day period without any interest charged. However, this line of credit could extend to Rs 10,000, depending upon customer behavior. In this way one bulk payment could be made by a customer, instead of going via the OTP or password route every time they make a digital transaction.

For this PayU is rolling out a large marketing campaign on Tuesday which is primarily digital lead. Abhijit Bhattacharya, Head Marketing - Consumer Business, PayU India spoke to Collin Furtado on their marketing campaign using stand-up comedians, features of the scheme and spends.

What was the idea behind the launch of LazyPay?

This is across multiple apps and platforms. What we realised is that many are faced with this real life situation post November that suddenly there is a huge commodification of everything that is around. There are probably 15 wallet options, 5 UPI options, etc. People are going crazy to understand what is the difference between mobile wallet and UPI, what is the cashback that you will get, net banking passwords, OTPs, etc. The payment process has become a lot more complex. So we found a need gap in that. So if I am person who is making recurring digital payments such food ordering, paying for cabs, booking movie tickets, etc. Every time I do that I have to remember my netbanking password or go to the OTP route or put in money in your digital wallet.

So we came up with an option where all you have to do is click and finish your order. What it does is that it gives you a credit of X amount of money where you can do multiple transactions within that limit, without having the hassle of going through the OTP, passwords, etc. So you keep stacking your small transactions and you pay in one go at the end. This is a feature across multiple platforms such as Zomato, where among the payment options you will have a 'Pay Later' option.

So is there any interest charged for people using LazyPay?

What is the marketing plans for this? And the spends that you will put?

Most of our users are digital consumers, so our campaign is primarily on digital. That does not mean we will not be on offline mediums. We wanted to take the route of content led advertising, which is very rarely done in India. Assuming a 30 second video the first 20-22 seconds is pure content. It has nothing to do with the product, nothing to do with the features, the next 5-6 seconds will be product linked. Now we will be having multiple videos. A lot of brands have leveraged stand-up comics for their campaigns in a sporadic way. Stand-up comics have a large say in influencing the digital audience today. So instead of using them sporadically, we used stand-up comics to lead our campaign. They are the faces of our campaign and will lead the entire campaign. There are 7-8 videos that will be released starting tomorrow that will have stand-up comics doing a joke or two for the first 25 seconds which has nothing to do with the (Lazy Pay) feature, but what they say actually connects with the feature. That actually comes out on the product link in the next 5-6 seconds.

From a strategy perspective this what we aimed at a digital only audience and secondly this audience gets hugely influenced by the stand-up comics. We will use the stand-up comics to create content for us that will increase the level of engagement and get people involved and lead to higher recall of the product feature.

The target group that we are looking at is 18-30 years and the various comics we have appeal to various age groups in between this age bracket. There are certain comics we have chosen which are very influential in Mumbai in particular and some in Delhi. We have taken all these filters into consideration.

Which are the stand-up comedians that are featured in the campaign?

We have Cyrus Sahukar, Hoezay Covaco, Varun Thakur, Jeeveshu Ahluwalia and Kaneez Surka. Cyrus for instance appeals to the little older audience group and as far as Kaneez a lot of modern women connect with her. Varun Thakur has a huge Mumbai connect and Jeeveshu Ahluwalia's content is related to Delhi.

ALSO READ: Are digital payments start-ups heading the merger and acquisition way in 2017?

Is the campaign on traditional mediums going to differ from the digital campaign?

There will be a slight bit of television that we are doing. I will say that it is not a full rung television plan that we will be doing, but there will be enough TV presence for sure. We are pretty confident that it will have high recall on TV as well. The other medium that we are focusing on is below the line (BTL) advertising. We have a huge college connect programme, which has been incubating for almost a year where we are connected to almost 250 colleges. There will be a huge level of activation throught them. The other BTL activity we are doing is called the 'Lazy Club'. The idea is that it will be slightly 'collectional' in membership in which you would get to things that you would not get an opportunity to do. As a concept we are building on it.

We are also going to leverage on our brand partner associations. These are very important as it is where the transaction actually happens. For instance, if you go to a Zomato page or app, if the banner itself would say use Lazy Pay, the chances of you using Lazy Pay becomes higher.

What are the marketing spends on the Lazy Pay campaign?

For the overall Lazy Pay product we have allocated a budget of USD $50 million over the next couple of years and this would include the marketing spends as well. This would be for 2 years.

The initial campaign burst will be for 8 weeks as we have 8 videos and will space them out. We also have various categories to cater to.