The mega draw of lots was held at Rashtrapati Bhawan on Sunday to select the winners of the Lucky Grahak Yojana and Digi Dhan Vyapar Yojana. 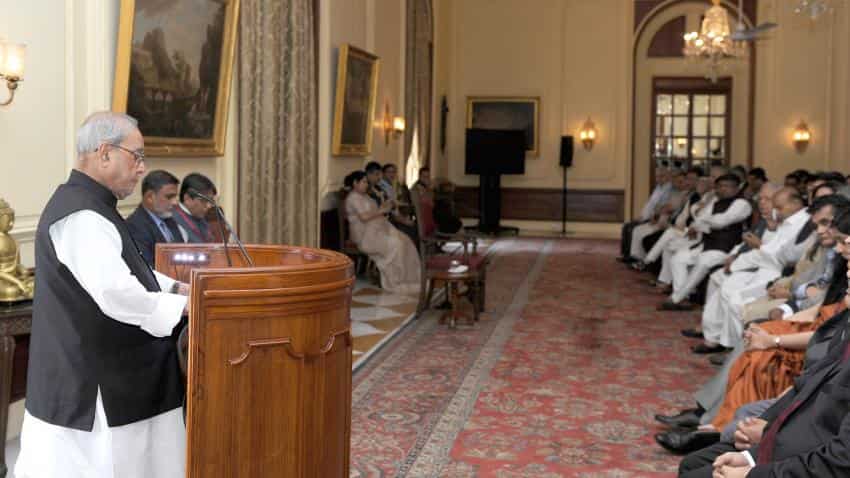 The President Pranab Mukherjee picked up six lucky winners on the final day of the 100 day of the Lucky Grahak Yojana and Digi Dhan Vyapar Yojana schemes. There were three winners in the consumer category that won Rs 1 crore, Rs 50 lakh and Rs 25 lakh who used Rupay Debit Cards for making digital payment of less than Rs 1,000. Three prizes went to merchants worth Rs 50 lakh, Rs 25 lakh and Rs 12 lakh were also declared at the event through the mega draw.

The mega draw of lots was held at Rashtrapati Bhawan on Sunday to select the winners of the Lucky Grahak Yojana and Digi Dhan Vyapar Yojana. The winners will be felicitated by the Prime Minister on April 14, 2017 at Nagpur, on the occasion of Ambedkar Jayanti.

The two schemes were launched on December 25, 2016. Under the scheme, daily, weekly and monthly rewards worth Rs 256 crore has been disbursed to over 16 lakh citizens over the past 100 days for making and accepting small transactions digitally.

In his address, the President Mukherjee urged all citizens to extend their unstinted support to the mission of a less cash India. He said India is on the cusp of a digital revolution. More than one billion Indians have a unique identity number in Aadhaar with a biometric identifier which is unique in its own way. He appreciated that the Aadhaar enabled payment system has made digital payments possible for even those section of the population who may not have mobile phones.

An analysis of digital payments’ users across India reveals that Maharashtra, Tamil Nadu, Uttar Pradesh, Andhra Pradesh, Delhi and Karnataka have emerged as the top five states / UTs with maximum number of winners. The winners profiles’ reveals that they are spread across a range of occupational categories including salaried employees, housewives, farmers and daily wage labourers. While majority of the winners were in the age group of 21 to 30 years, there are also a significant number of winners who are above 60 years of age.