The armed forces canteen suspended the sales of Patanjali amla juices recently from its outlets after a laboratory in Kolkata found it unsafe for consumption. 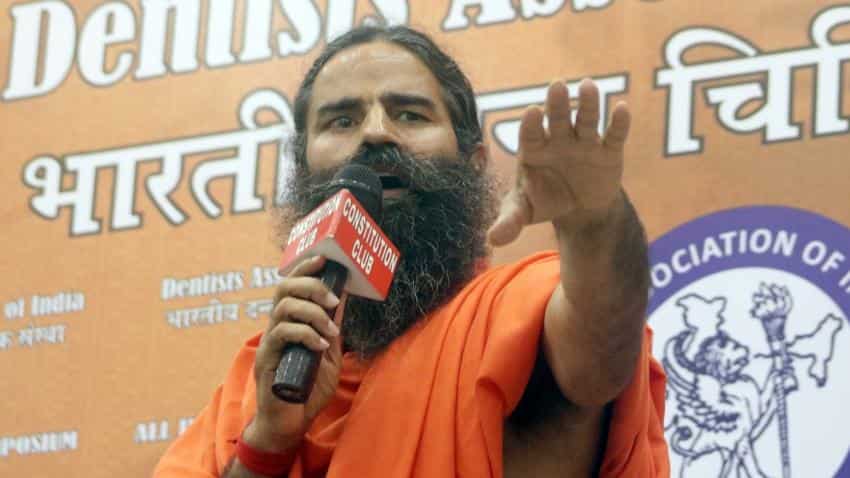 Patanjali Ayurved is once again at the center of controversy after it was reported that the canteen stores department (CSD), which is a retailing entity for the India's armed forces, suspended the sales of Patanjali amla juices recently from its outlets after a laboratory in Kolkata found it unsafe for consumption.

However, Patanjali on Tuesday in a response to this said its amla juice is a medicinal product and hence does not fall under the purview of the standards set by India's food regulator the Food Safety and Standards Authority of India (FSSAI) and comes under the Ministry of AYUSH. It further said that the tests conducted by the Central Food Laboratory in Kolkata was done following the standards set by the FSSAI and that their amla juice is a medicinal product and is safe for consumption.

Patanjali further said that they have written to the CSD explaining this and the juice will be back on the shelves of CSD stores soon.

The CSD has 3,901 outlets across the country and comes as the big blow for the Baba-Ramdev promoted brand.

It seems that instead of the brand denying that it has a problem with the product, it is saying that it has been analyzed by the wrong standards. This as the FSSAI testing it could end the product in a soup if the food regulatory body deemed it unsafe.

Coincidentally, the lab in Kolkata which has issues with the amla juice is the same lab that found Maggie noodles unsafe for consumption in 2015, according to a Live Mint report. This also a similar spot that Maggie was in at that time and the issue blew up.

This snowballed into the FSSAI testing the product and banning the stocks of the product. Nestle has to withdraw the brand's noodles which costed them an exceptional item charge of Rs 451.6 crore and the company ended up posting a net loss of Rs 64.4 crore after 17 years.

The new turn of events comes as blow for Patanjali which has been competing aggressively with especially Nestle, among other brands in the FMCG segment. Patanjali has grown significantly and has come to become the most disruptive brand, eating into the market share of FMCG companies in India.

While Patanjali has been in a battle with FMCG brands such as Nestle, Britannia, Dabur, etc, it has never until now faced an issue regarding a quality test. Most of the issues that Patanjali has faced are with advertising watchdog ASCI as it has been pulled up for its misleading ads.

Though Patanjali's amla juice is not one of its most popular products such as Dant Kanti, Atta noodles and Kesh Kanti, if amla juice is banned it could have a cascading effect on its other products.

It remains to be seen whether the FSSAI or AYUSH Ministry will take up the issue and what their tests reveal.