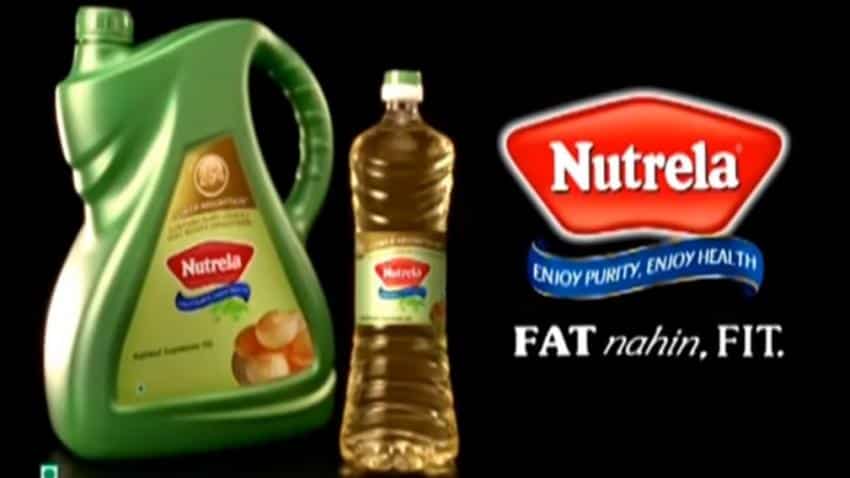 The company said that the initial agreement had been signed for processing and packaging only at the Rajasthan plant. Photo of Nutrela oil - Ruchi Soya brand ad. Image Source: Youtube
Written By: ZeeBiz WebTeam
RELATED NEWS

“Patanjali is eyeing sales of Rs 20,000 crore in three to four years time from the cooking oils business. The agreements will have positive benefits for Ruchi Soya Industries as it will allow the company to lease out spare capacities as well as bringing down the overall cost of processing for the respective units and improve profitability,” Satendra Aggarwal, Chief Operating Officer, Ruchi Soya said.

Shares of the company climbed 4.73% to trade at Rs 28.90 per share on BSE Sensex intraday.

“The refining and packaging tie-up has now been extended to include processing and packaging of edible oils at Ruchi Soya’s plant in Madhya Pradesh and Gujarat, along with Rajasthan, which was signed in February 2017,” Ruchi Soya said in an NSE filing.

The company said that the initial agreement had been signed for processing and packaging only at the Rajasthan plant.

“However looking at strong demand for three major varieties of edible oils – soyabean, sunflower, mustard oil, both the organisations have inked further agreements for processing and packaging and thereby, allowing them to rapidly scale up and further cement their positions in the Rs 1,25,000 crore edible oil market,” the company added.

The agreement will be made for an initial period of three years, the company said.

Commenting on the expansion of the tie-up, Dinesh Shahra, MD, Ruchi Soya said, “We are glad to enhance our relationship with the addition of two of our major plants for processing and packaging edible oils for Patanjali.