Tata Sons-owned Tata Advanced Systems has announced its partnership with Lockheed Martin to produce F-16 Block 70 fighter aircraft, which will help India to produce, operate and export the fighter aircraft to the US whereby creating jobs in both countries. 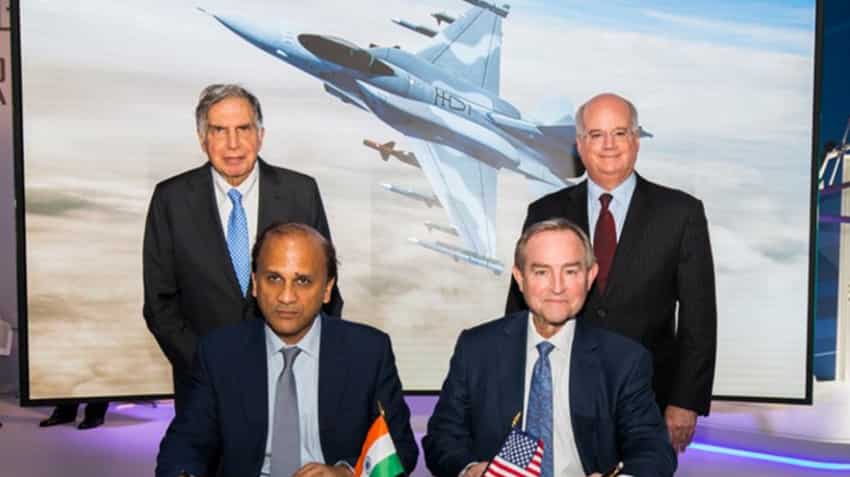 1.With the partnership between two companies, India will produce, operate and export F-16 Block 70 aircraft to the US

2. F-16 Block 70 is the newest and most advanced version of the world's most successful, combat-proven multi-role fighter

3. The partnership will create new job opportunities in India and the US

In a move that will strengthen the government's vision of 'Make in India', the US-based Lockheed Martin on Tuesday announced partnership with Tata Sons-owned Tata Advanced Systems to produce the F-16 Block 70 fighter aircraft in India.

"Lockheed Martin and Tata Advanced Systems signed a landmark agreement affirming the companies intent to join hands to produce the F-16 Block 70 in India," cited the global security and aerospace company in a press release on Monday.

"This just in: We are partnering with @TataCompanies to offer #F16 Block 70 for India: http://lmt.co/2tjQc7U  #MakeInIndia #PAS17," Lockheed Martin said on Twitter.

This just in: We are partnering with @TataCompanies to offer #F16 Block 70 for India: https://t.co/kE27U2pktv #MakeInIndia #PAS17 pic.twitter.com/y7B4T2i7EU

"This unprecedented F-16 production partnership between the world's largest defense contractor and India's premier industrial house provides India the opportunity to produce, operate and export F-16 Block 70 aircraft, the newest and most advanced version of the world's most successful, combat-proven multi-role fighter," Lockheed Martin said in a statement.

According to the release, the recent partnership in production of F-16 Block 70 supports thousands of Lockheed Martin and F-16 supplier jobs in the US whereby it creates new manufacturing jobs in India, and positions Indian industry at the center of the most extensive fighter aircraft supply ecosystem in the world.

"This agreement builds on the already established joint venture between Lockheed Martin and Tata and underscores the relationship and commitment between the two companies," Tata Sons chairman N Chandrasekaran, said in a statement.

Commenting on its partnership with Tata Sons, Lockheed Martin's executive vice president Orlando Carvalho said, "Our partnership significantly strengthens the F-16 'Make in India' offer, creates and maintains numerous new job opportunities in India and the US, and brings the world's most combat-proven multi-role fighter aircraft to India."