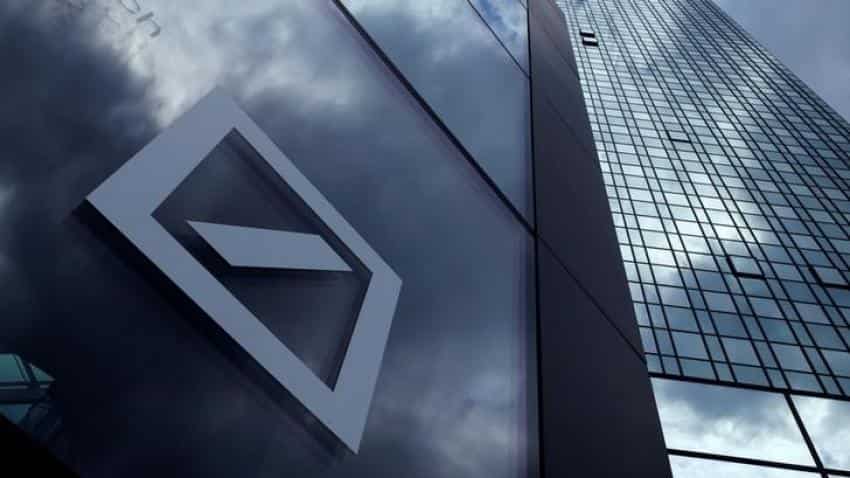 Deutsche Bank finalised a $7.2 billion settlement with the US Department of Justice over its sale of toxic mortgage securities in the run-up to the 2008 financial crisis, the government agency said on Tuesday.

Deutsche`s agreement represents the largest resolution for the conduct of a single entity in misleading investors in residential mortgage-backed securities, the department said in a statement. The settlement was higher than the $7 billion paid by Citigroup to federal and state authorities in 2014.

"Deutsche Bank did not merely mislead investors: it contributed directly to an international financial crisis," Attorney General Loretta Lynch said in the statement.

John Cryan, Deutsche`s chief executive, said that the bank`s conduct between 2005 and 2007 fell short of standards and was "unacceptable." He said the bank had exited many of the underlying activities and improved standards.

Deutsche Bank ADR-listed shares closed down 3.2% to $18.56 on the New York Stock Exchange.

The Frankfurt-based bank announced it had reached the agreement in principle with US authorities on December 23.

Its stock price hit a record low in September after the bank acknowledged the Justice Department made an opening demand of $14 billion.

The Justice Department reached $46 billion in settlements with US banks over the shoddy securities that contributed to the US housing market collapse and financial crisis before turning to Deutsche and other European banks.

Other banks paid more than Deutsche, but their settlements also included wrongdoing by institutions they acquired during the crisis. Bank of America Corp , for instance, agreed to pay $16.7 billion, which also covered Merrill Lynch and Countrywide Financial. JPMorgan Chase & Co settled for $13 billion, including misconduct by Washington Mutual and Bear Stearns.

As part of its deal, Deutsche Bank will pay a civil monetary penalty of $3.1 billion and provide $4.1 billion in consumer relief to homeowners, borrowers and communities harmed by its practices.

The bank also agreed to a statement of facts that describes how it made false and misleading representations to investors about the loans underlying billions of dollars worth of mortgage securities issued by the bank in 2006 and 2007.

In May 2006, a supervisor is quoted as warning a senior trader that a loan originator would underwrite loans to anyone with "half a pulse", according to the statement of facts.

The supervisor also said that month that Deutsche Bank, among others, "tolerated misrepresentation" from originators who accepted blacked out pay stubs to state that borrowers had higher incomes.

The preliminary deal with Deutsche was made public before Christmas as US probes of other European banks over the shoddy securities also came to a head.

Zurich-based Credit Suisse announced that it had agreed in principle to a $5.3 billion settlement, and the Justice Department sued Barclays Plc and two former executives for fraud for allegedly deceiving investors about the quality of loans underlying tens of billions of dollars of the securities.

Separately, Deutsche Bank will slash bonuses for senior employees by about 90%, a move that will be announced on Wednesday, Spiegel reported.