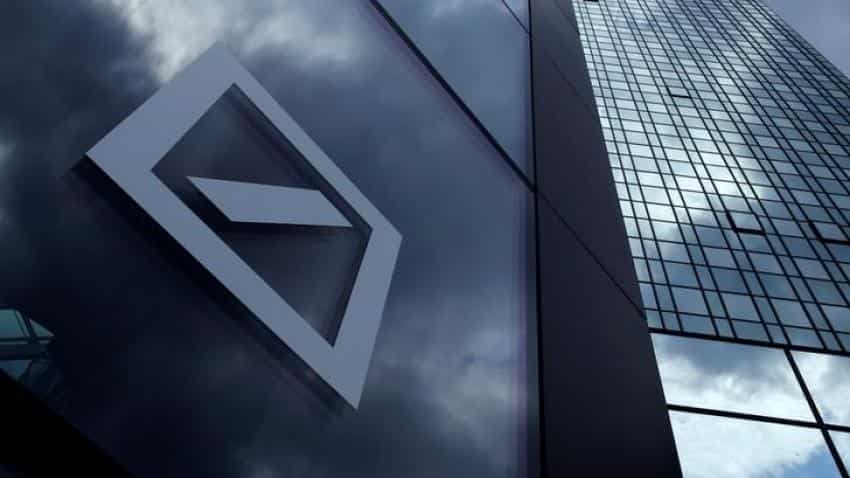 A Deutsche Bank logo adorns a wall at the company''s headquarters in Frankfurt. Image Source: Reuters

Credit Suisse and Deutsche Bank have been hit with a combined penalty of more than $12 billion over the sale of US toxic debt, further hampering two of Europe`s leading investment banks as they struggle with weak earnings.

The penalties stem from an initiative launched by US President Barack Obama to pursue banks for selling sub-prime debt without warning of the risks, a practice that led to the worst economic crisis since the Great Depression.

Credit Suisse agreed to pay more than $5.2 billion in a deal with US authorities and the penalty is likely to push it to a second consecutive annual loss.

The payment, to settle claims it misled investors when selling mortgage-backed securities in the run-up to the 2008 financial crisis, is split into two parts.

It will first pay $2.48 billion and later provide $2.8 billion over five years to offset the impact on consumers, the bank said.

That news came after Deutsche Bank agreed to a total $7.2 billion settlement for its pooling and sale of toxic mortgage securities, the settlement also divided in a similar manner. The German bank had previously said that the Department of Justice was seeking twice that figure.

"I think the fines are reasonable and represent a positive for the system," said Alberto Gallo, head of global macro strategies at hedge fund Algebris Investments.

The penalties put the two European banks at a further disadvantage to larger US rivals, many of whom have already absorbed their own fines for such wrongdoing and have strong capital cushions.

US banks earlier paid $46 billion in such penalties.

Investors, who had feared an even bigger penalty for Deutsche, were relieved and its shares gained more than 2%. They have risen more than 80% since hitting a record low at the end of September on fears the bank would need to raise cash from investors.

"It`s no great coup but the settlement reduces the uncertainty," said Ingo Speich, of Union Investment, a Deutsche bank shareholder, adding that he now did not expect the bank to sell more shares to bolster its capital.

Credit Suisse, who people familiar with the matter earlier told Reuters had fought to soften its settlement, saw its shares slip by more than 1%.

The final deal is in line with the $5 billion-$7 billion the US Department of Justice (DOJ) had asked Credit Suisse to pay earlier in negotiations, as reported by Reuters on Monday.

Credit Suisse said it would take a pre-tax charge of approximately $2 billion in addition to its existing reserves against these matters in the final three months of 2016.

Analysts at regional bank ZKB said that the charge would depress the bank`s leverage ratio from 3.4% to 3.1%.

The US authorities meanwhile sued Barclays on Thursday over similar claims.

Barclays said on Friday that it rejected the complaint, would "vigorously defend" the case and sought its dismissal "at the earliest opportunity".