Deutsche Bank has been struggling to overhaul its business model that is built around trading activities that have become much less lucrative under new regulation enacted  sin ce the 2008-2009 financial crisis. 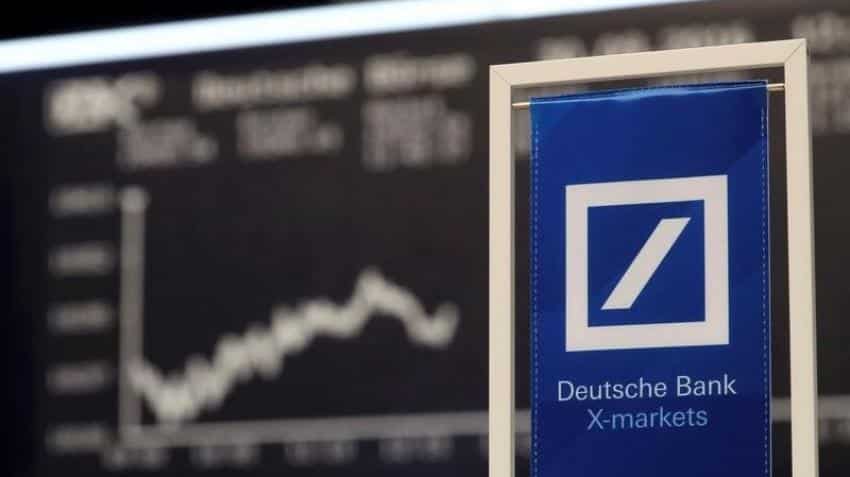 A Deutsche Bank banner is pictured in front of the German share price index, DAX board, at the stock exchange in Frankfurt. Photo: Reuters
Written By: Reuters
RELATED NEWS

Jeroen Dijsselbloem, the chairman of euro zone finance ministers, said that the U.S. Department of Justice`s demand that Deutsche Bank pay $14 billion for its role in the sub-prime mortgage crisis is too big and will undermine financial stability.

"Let's hope it is an opening bid," Dijsselbloem told Reuters in an interview on the sidelines of the International Monetary Fund and World Bank annual meetings in Washington. "These kinds of fines are completely oversized, and they are damaging to financial stability."

Deutsche Bank has been struggling to overhaul its business model that is built around trading activities that have become much less lucrative under new regulation enacted since the 2008-2009 financial crisis.

"Here is a financial institution which needs to be restructured and strengthened and needs to bring in new capital and we cannot then have an even bigger amount of capital being pulled out by the American authorities. That is really counterproductive to put it mildly," Dijsselbloem said.

German Finance Minister Wolfgang Schaeuble earlier said that a new financial crisis could not be ruled out and that the IMF is backing up his longstanding warnings about the risks to the banking system from "ultra-loose" monetary policy.

Speaking at a news conference to discuss Germany`s leadership of the G20 major economy meetings in 2017, Schaeuble declined to answer direct questions about Deutsche Bank`s health.

But he repeated his sharp criticism of "ultra-loose monetary policy," which includes the negative interest rates and other unconventional strategies of the European Central Bank aimed at jolting Europe out of extremely weak growth.

"The danger of a new crisis has not completely vanished," Schaeuble said.

IMF officials have said this week that Deutsch Bank needs to reassess its business model to maintain profits and capital in what is expected to be a long era of low rates that will pressure earnings.

Deutsche shares rose on Friday after Reuters reported that Qatari investors who own a nearly 10 percent stake in the bank do not plan to sell their shares.

Dijsselbloem said the sharp drop reflected investor disappointment in what he views as the British government`s moves toward a "hard Brexit" - a divorce that would leave Britain without the full trade and economic benefits of full participation in the market of nearly 500 million people.

"If the message remains the `hard Brexit,` if that is really the way the British government wants to proceed, you can`t be surprised that the pound will go down. I think that is what is happening," Dijsselbloem told Reuters.

But British Finance Minister Philip Hammond told reporters that no decisions had been taken on Britain`s negotiating stance after Prime Minister Theresa May said the two-year negotiating process would start next March.

"Everything is negotiable," Hammond said, including terms of a Britain-EU customs union.

Hammond said the pound`s drop earlier in the week was due to May`s confirmation that Britain would definitely leave the EU and was "part of a pattern of turbulence that I would expect to see."