Weak credit demand in advanced economies, in addition to low rates, is also hindering profitability, according to the IMF. 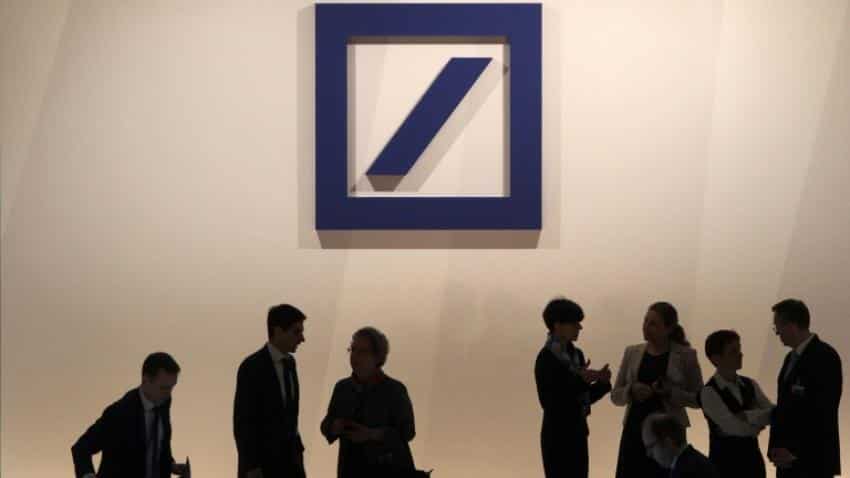 A senior IMF official said Wednesday that Germany`s troubled Deutsche Bank should act to reassure markets that its business model is viable, and warned about broader weakness in European banks.

The International Monetary Fund in June said the German lender could be Europe`s largest contributor to systemic risk. Facing billions in US settlement costs over its sales of toxic mortgage-backed securities, which could erode its capital foundations, Deutsche Bank this year has seen its shares fall by more than 40%.

In addressing reporters on Wednesday, Peter Dattels, the IMF`s deputy director for monetary and capital markets, said Deutsche Bank was among the banks which needed to adapt and "to convince investors that its business model is viable going forward and that it`s addressed the risks" of litigation.

"In that context, we`re confident that European and German authorities are monitoring the system to make sure the financial system remains resilient," said Dattels.

In a new review of risks in the global financial system, the IMF said dangers in the near-term have lessened since April, as commodity and asset prices rise and markets adjust to the shocks of Britain`s vote to secede from the European Union.

But the global crisis lender said that more broadly, banks, retirement funds and insurance companies need to clean their portfolios and adjust to an era of low growth and low rates.

In advanced economies, 25% of banks, holding $11.7 trillion in assets, would remain weak even in a cyclical recovery, it said.

The solvency of many life insurance companies and pension funds is threatened by the prolonged period of low interest rates intended to stimulate recovery from the Great Recession.

Weak credit demand in advanced economies, in addition to low rates, is also hindering profitability, according to the IMF.

"Since the start of the year, the market capitalization of advanced economy banks has fallen by almost $430 billion, increasing the challenge of addressing banking system vulnerabilities, particularly for weaker European banks," the report said.

Bank balance sheets are significantly stronger than before the global financial crisis, but returns on assets have only partially recovered, with eurozone lenders reaping less than half their average profits of 2004-2006, according to the IMF.

Banks will have to adjust by shedding long-standing problem loans, adapting to new regulations and updating business models, it said, adding that nonperforming loans and drags on profit required "urgent and comprehensive action."

The Fund reiterated a warning it made last year that the insurance industry`s systemic risk was increasing, noting that a "double-hit" of low rates and market shocks could damage market confidence, "possibly triggering contagion to the broader financial sector.