Deutsche Boerse and LSEG have been working to overcome regulatory hurdles holding up the merger and looking to appease antitrust regulators. 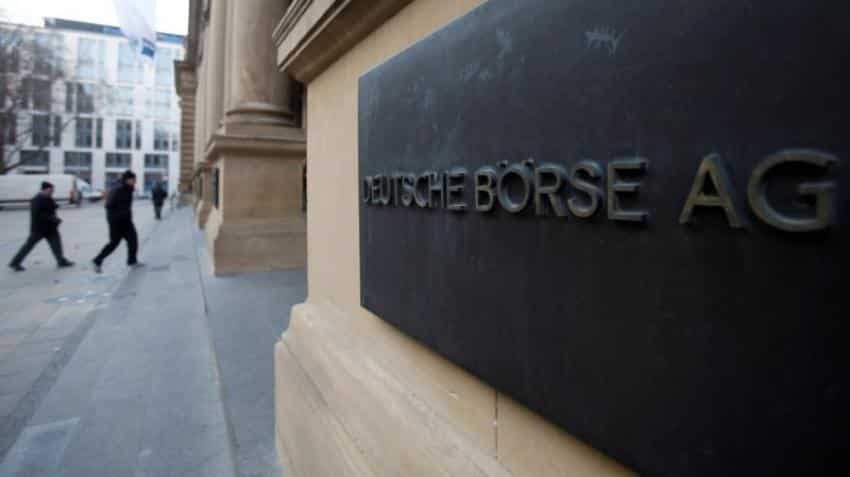 Blackrock, the second-largest shareholder in both Deutsche Boerse and London Stock Exchange Group, publicly voiced its support for the $28 billion merger of the two European exchanges as key regulatory decisions on the tie-up loom.

Deutsche Boerse and LSEG have been working to overcome regulatory hurdles holding up the merger and looking to appease antitrust regulators. LSEG agreed this month to sell its French clearing business to Euronext.

"Sceptics of this merger must consider the need for stronger capital markets in Europe - as well as the ways the alliance could in fact benefit competition by deepening access to capital on the continent," Blackrock Chairman Laurence Fink said in a speech at a Deutsche Boerse reception on Monday.

"Deutsche Boerse itself has taken an important step towards healthier markets through the proposed merger with LSE."

The German state of Hesse, which has the authority to veto a merger of the two exchange operators, will host a summit on Tuesday to review the tie-up.

Britain`s preparations to trigger divorce talks with the European Union have put a question mark over the deal because a Brexit would place London, Europe`s financial capital and planned headquarters of the new group, outside the bloc.

British Prime Minister Theresa May is expected to use a speech on Tuesday to signal a so-called "hard Brexit", meaning Britain would pull out of the single market and customs union.

German regulators, fearing a loss of control, want Frankfurt to play the leading role, or, at the very least, be one of two headquarters with London.

Blackrock`s Fink also said that Germany needed to keep a close relationship with Britain. "Brexit means that maintaining ties with London is even more important today, given its more developed capital markets," he said in a prepared speech.

"Despite the terrible events in Berlin only a couple of weeks ago, Germany has demonstrated its ability to balance acts of humanity and economic and political challenges that come along with it," Fink said, referring to the attack in which a truck ploughed into a Berlin Christmas market, killing 12.

Trump`s stance on immigration contrasts sharply with that of Merkel, whose policy has allowed for an influx of more than a million migrants into Germany in 2015 and 2016, mainly Muslims fleeing war-torn countries including Syria, Iraq and Afghanistan.