The device is designed as an electronic calculator to make it easy for shopkeepers to use them. 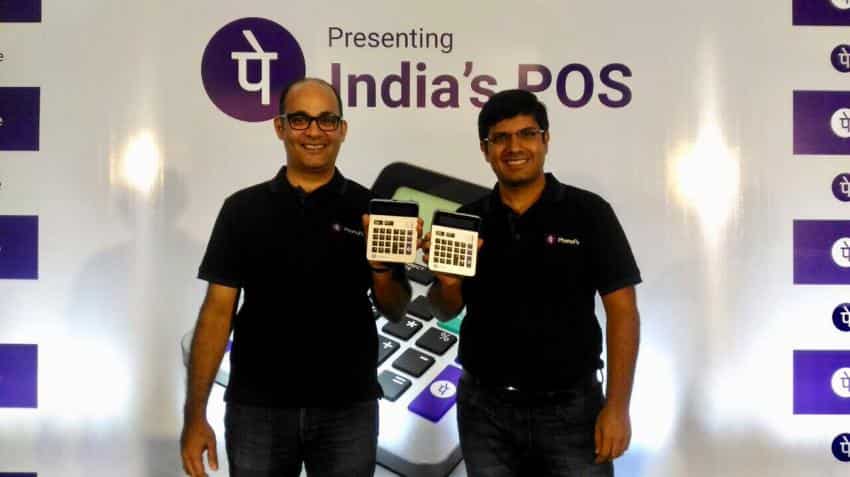 Flipkart-owned PhonePe recently launched its own point of sale (PoS) device based on Bluetooth technology for small merchants and businesses.

The move by the company is expected to accelerate its offline expansion in digital payment space. The device is designed as an electronic calculator to make it easy for shopkeepers to use them, according to a Live Mint report.

The system works similar to how Samsung Pay works as the customers smartphone will have to be put close to the PoS device, it will then automatically display the bill amount on the PhonePe app.

Since the device works on Bluetooth, merchants will not need an internet connection to use the app for payments.

The company said it will sell 5,000 devices in Bengaluru initially and then launch in other cities by early next year. The PhonePe PoS will come at a nominal cost of Rs 699 per piece. However, it will distribute the devices free of cost but charge a refundable deposit.

Paytm has been a leader in the mobile payment space and its acceptance among merchants and users has seen a significant rise since demonetisation in November last year.

However, PhonePe was the first one to adopt the Unified Payments Interface (UPI) platform and has seen a huge growth in its usage.

This has helped Phone achieve a 100% growth in May with 5.5 million overall transactions.

Paytm's Payments Bank integrated UPI only in June this year and hence has will take time to see a growth. But the mobile wallet company has over 200 million users and saw 1.5 billion transactions in FY17.

While there was an initial surge in mobile wallet payments after demonetisation, but mobile wallets are still less than 1% of all digital transactions. A reason why mobile wallet companies have been adopting other platforms of payment in order to grow in the digital payments space.

A majority of the digital transactions in India are still done through cards. In FY17, 59% of all digital payments is done using debit or credit cards, according to RBI data, while mobile wallets was 10%.

A reason why PhonePe has created this PoS system in order to not only gain acceptance by merchants but also by users. It will give it access to a wide user base.

It also has an added advantage of not having to use internet or a mobile network by the use of Bluetooth, this will enable it to gain penetration into the rural market in India.

The only thing that it depends on for its growth is its acceptance among small merchants in India.