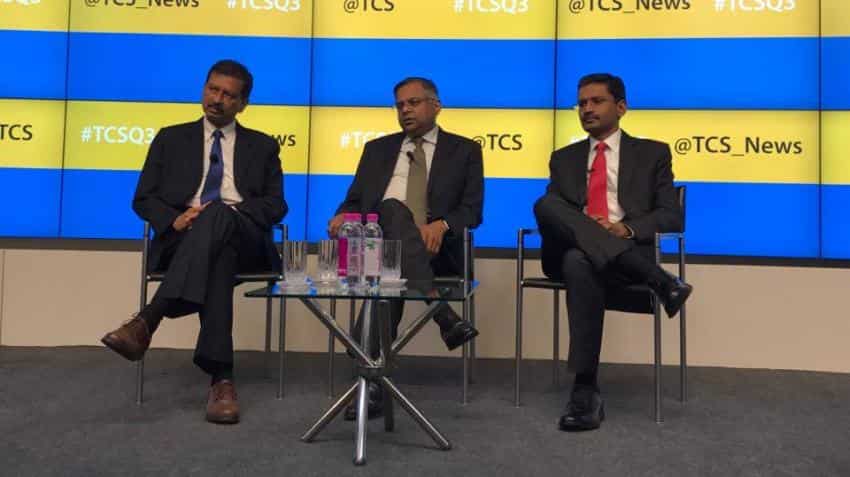 Tata Sons on Thursday announced appointment of N Chandrasekaran as the new executive chairman of the company over two months after sudden removal of Cyrus Mistry.

Tata Sons' board was on the look out for the new personnel to fill the key position from Tata Group companies itself and it appointed Chandrasekaran (Chandra) after over two months of removal of Mistry on October 24 last year.

The search panel was given four months to find the new head of the promoter company of the major operating firms of the $103 billion salt-to-software conglomerate, but the decision has been reached even before that, according to PTI report.

Chandrasekaran's appointment as Tata Sons Chairman comes at a time when the company is fighting a legal battle at the National Company Law Tribunal (NCLT) with Mistry, who has challenged his ouster, it added.

"The Board of Directors of Tata Sons, at its meeting today, appointed Mr N Chandrasekaran as Executive Chairman," cited Tata Sons in a press release.

Chandrasekaran (Chandra) will take the charge from February 21 this year, it said.

He was appointed as a director on the board of Tata Sons on October 25, 2016.

Here are key things to know about N Chandrasekaran (Chandra):

1. Chandra was born in 1963 and lives in Mumbai with his wife Lalitha and son Pranav.

2. Chandra was the chief executive officer and managing director of Tata Consultancy Services (TCS) since 2009.

4. Under Chandra’s leadership, TCS was rated as the world's most powerful brand in IT Services in 2015 and recognised as a Global Top Employer by the Top Employers Institute across 24 countries, according to the TCS website.

5. Chandra is an avid photographer, and a passionate long-distance runner who has completed several marathons around the world including Amsterdam, Boston, Chicago, Berlin, Mumbai, New York, Prague, Stockholm, Salzburg and Tokyo.