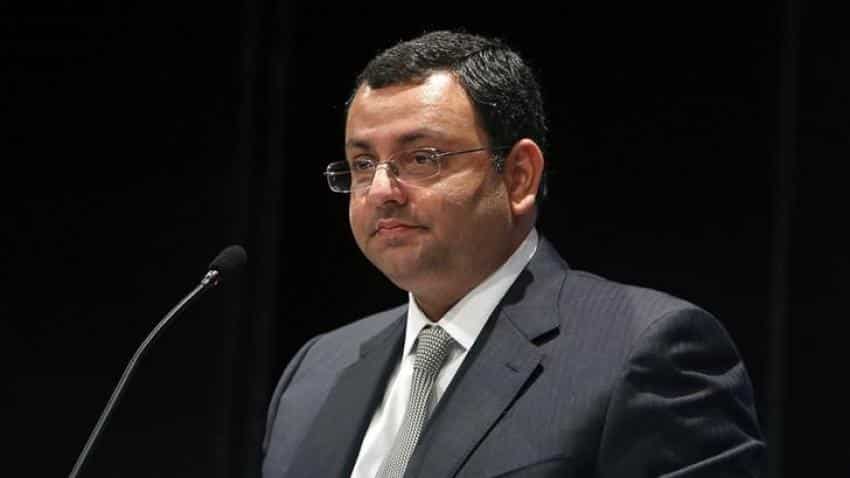 In the application filed at NCLT, Cyrus Investments and Sterling Investment sought an injunction against Tata Sons from "convening or holding of the EGM scheduled on February 6, 2017". Image Source: Reuters
Written By: PTI
RELATED NEWS

Two investment firms owned by the family of Cyrus Mistry on Wednesday filed a contempt application at NCLT against Tata Sons and its directors including Ratan Tata, alleging violation of the tribunal's order in initiating steps to remove him from the board.

In the application filed at the National Company Law Tribunal (NCLT), Cyrus Investments and Sterling Investment sought an injunction against Tata Sons from "convening or holding of the EGM scheduled on February 6, 2017 or any other date or from transacting any business thereat".

It also sought punishment for Tata, other directors of Tata Sons and trustees of Sir Ratan Tata Trust and Sir Dorabjee Trust -- N A Soonawala, R K Krishnakumar and R Venkatramana -- with "simple imprisonment for a term which may extend to six months" or fine of Rs 2,000 or both.

The application alleged that the respondents have "committed a breach" of the NCLT order passed on December 22 by issuing a special notice on January 3, 2017 for the removal of Mistry as a director from the board of Tata Sons, "in clear violation of the order".

It claimed that the move to remove Mistry was against the order of NCLT which stated that the respondents will not "initiate any action or proceedings over this subject matter pending disposal of this company petition".

"It is submitted that if the EGM is allowed to be held the same would also constitute a deliberate and contumacious breach of the aforesaid dated December 22, 26 and all those participating in and voting at such meting would also be guilty of contempt," it said.

The application further said, "It is therefore absolutely just, necessary and convenient that Respondent No 1 (Tata Sons) be restrained by an order and injunction of this tribunal from convening or holding such a meeting or from transacting any business thereat".

Last week, Tata Sons had called a shareholders' meeting on February 6 to remove Mistry as director of the holding company of the $103-billion Tata Group.

Tata Sons had abruptly removed Mistry as its Chairman on October 24 and sought his ouster from operating companies like Tata Motors and TCS. He had subsequently resigned from the board of six companies, but dragged Tata Sons and his interim successor Ratan Tata to the NCLT.

In response to the contempt petition filed by the Shapoorji Pallonji firms at the NCLT, Tata Sons immediately issued a press release stating there is no contempt and will make its submissions to NCLT.

“There is no contempt. We will make our submissions to the NCLT," cited the group spokesperson at Tata Sons in a statement.