It is not only Ford and Maruti Suzuki, but several automakers in India have taken to making India as an export hub for their cars. 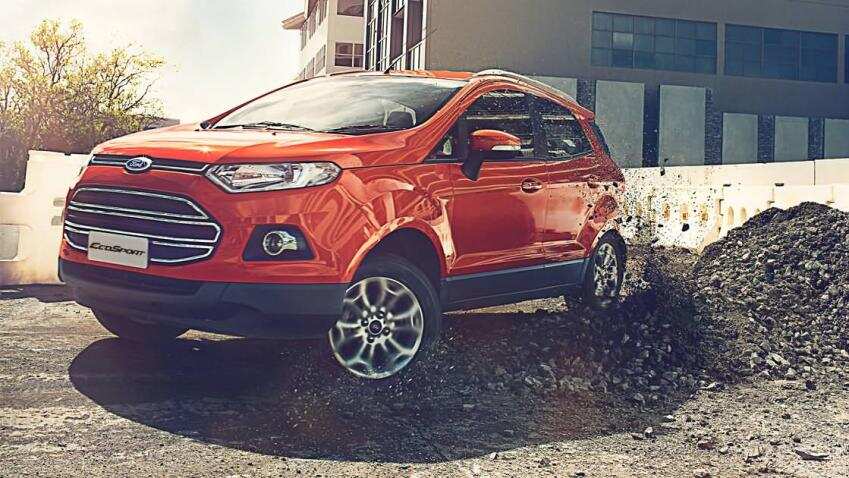 Ford EcoSport will be manufactured in India and exported to the US. Photo: Ford official website

Donald Trump may have won the US Presidential Election on the promise on bringing jobs back to the US. However, the road seems long and arduous one.  Carmaker Ford has decided to export its sports utility vehicle (SUV) Ecosport to the US from its Chennai plant.

The Ecosport is one of the most popular subcompact SUVs around the globe. Its new version was unveiled at the Los Angeles Auto Show on Monday. "EcoSport is going to be made in India and imported into the US," a USA Today report said, adding the car will be manufactured in Chennai before it goes on sale in 2018.

Apart from India, the EcoSport is also manufactured in Brazil, Russia and Thailand. Ford started making EcoSport in India in 2013.

In October, Ford India's exports grew by a massive 40% to 14,535 units as compared with 10,412 units in the corresponding month last year. In August Ford India exported 17,860 units, its highest ever exports in a single month.

Japanese car maker Suzuki, in March this year, exported its first 'Made-in-India' hatchback Baleno to Japan. The Baleno developed at its Manesar plant was to be exported to Europe as well.

Suzuki makes cars in India in partnership with the Government under the brand Maruti Suzuki.

Passenger vehicles exports registered a growth of 15.16% growth in October, a month where despite festive season register only a 4% growth in domestic sales, according to data from the Society of Indian Automobile Manufacturers (SIAM).

Its compatriot General Motors' Chevrolet brand too has been emerging as a major exporter in India.

While Maruti Suzuki's total exports sales were 10,029 units in October and during FY17 till October amounted to 71,572 units.

French automaker Renault too is looking to enhance its exports from India to neighboring countries and the Africa, it announced in August this year. It further said it aims to make its Chennai plant a manufacturing hub for exports. Renault already exports India-made Duster and Kwid to Sri Lanka and is August started exports to Nepal and Bhutan.

Korean car company Hyundai is the largest exporter of cars from India with 87,499 units at a growth of 2.01%. It's Indian exports go to over 92 countries. In October itself it exported 14,686 units from 14,356 units in the same month last year.

Another Japanese car maker Nissan is the fourth largest exporter in India and despite witnessing a 7.81% decline at 49,611 units in September.

Car exports from India struggle to rise in July