US car makers have smallest share in India, lower than even European players. This despite US car companies being in the Indian market for  longer  period than their European car companies, which entered much later. 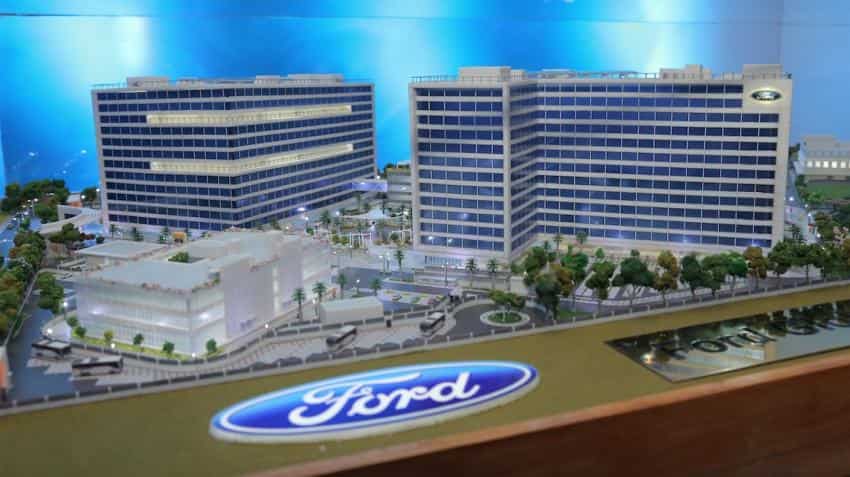 Ford Motors on Tuesday announced an investment of Rs 1,300 crore in India. This investment will be used for setting up of a New Global Technology and Business Centre and a Product Development Centre in India.

The new Ford campus will be set up in Chennai and will be used to serve as a hub for product development, mobility solutions and business services. It also announced that it will hire 3,000 skilled workers over the next five years to fully staff the new centre.

This comes as when its US counterpart General Motors (GM) is re-evaluating its $1 billion investment it planned to put into the Indian market in July this year. GM's India sales had fallen nearly 40% in the last financial year.

US car makers have smallest share in India, lower than even European players. This despite US car companies being in the Indian market for longer period than their European car companies, which entered much later.

While Ford India has a 3.28% market share as of September this year, GM's brand Chevrolet has only a 0.76% market share in India.

In comparison, European car makers such as Renault has 4.42% market share, Volkswagen comes in next with 1.43% market share and Skoda and Fiat bring up the end with 0.44% and 0.22% market share respectively in India.

To be fair, the number of European car manufacturers are much more than the US players. This also means more number of cars in the market.

While this maybe so, the cars of some European players have been very successful in India. For instance, Renault's Kwid sold 10,558 units in September itself. While Volkswagen's Ameo, which has been create for the Indian market, has seen a large jump in sales in October.

Japanese car markets have the largest market share of 62%, with Maruti Suzuki dominating with a 50% market share, followed by Honda Cars with 5.4% and Toyota with 4.3% among the top companies.

It is followed by Korean car companies which have 15% market share due to the dominance of Hyundai in India.

Indian car manufacturers comes in next with 12% market share and includes players such as Tata Motors and Mahindra & Mahindra (M&M) among the top companies.

Rakesh Jhunjhunwala Stocks: This gaming and tech company shares may surge up to 74% – know why brokerages bullish