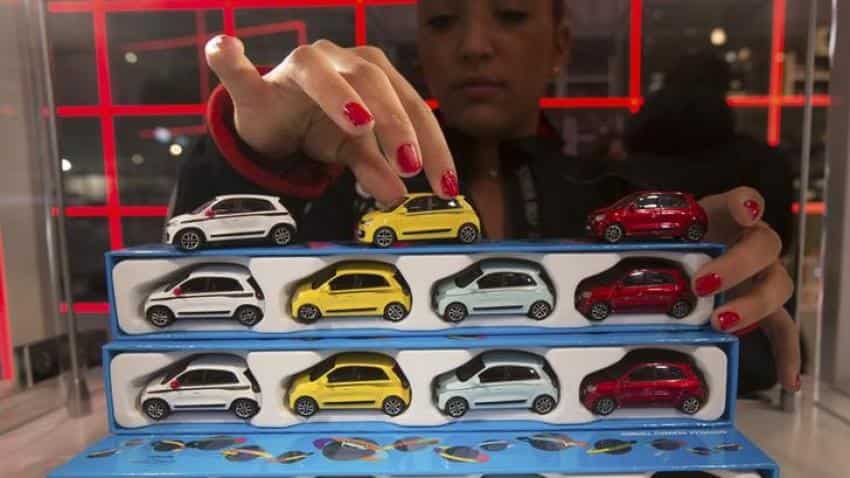 Renault expects diesel engines to disappear from most of its European cars, company sources told Reuters, after the French automaker reviewed the costs of meeting tighter emissions standards following the Volkswagen scandal.

The sober reassessment was delivered at an internal meeting before the summer break. It shows how, a year after Volkswagen (VW) admitted engineering software to cheat US diesel emissions tests, the repercussions are forcing major European carmakers to rewrite strategic plans that will shape their futures for years to come.

Renault and domestic rival Peugeot, both heavily invested in diesel technology, initially scrambled to defend its future viability after the VW crisis erupted.

But in the July meeting, Renault's Chief Competitiveness Officer Thierry Bollore said the diesel investment outlook had dimmed significantly, according to two people who were present.

"He said we were now wondering whether diesel would survive, and that he wouldn't have voiced such doubts even at the start of this year," said one of the people.

"Tougher standards and testing methods will increase technology costs to the point where diesel is forced out of the market," the source summarised Bollore as saying.

Diesel engines, pricier but more efficient than gasoline, had already vanished from the smallest 'A'-segment vehicles like Renault's Twingo well before VW's so-called 'dieselgate', as their extra expense outstripped savings on fuel.

By 2020, Renault now predicts that the toughening of Euro 6 emissions rules will push diesel out of cars in the next 'B'-segment size category, including its Clio subcompact, as well as some 'C' models such as the Megane hatchback, the sources said.

Models in those first three size categories accounted for most of the group's 1.6 million European deliveries last year, and more than 60% were diesels.

"Everybody is backtracking on diesel because after 2017-18 it becomes more and more expensive," said Pavan Potluri, a powertrain analyst with consulting firm IHS Automotive.

While the VW scandal centred on the German carmaker's cheat software, it also focused public attention on an industry-wide disparity between nitrogen oxide (NOx) emissions on the road and those recorded in regulatory tests.

Mass-market diesels that meet legal NOx limits in approval tests commonly emit five times as much or more in everyday use. The gases contribute to acid rain and respiratory illnesses blamed for hundreds of thousands of deaths globally each year.

Starting in 2019, however, vehicle approvals will be based on emissions performance during real driving. This is forcing manufacturers to install costlier emissions treatment systems.

The business case for diesel can only deteriorate further, industry leaders realise, as targets become stricter, while electric and hybrid car batteries get cheaper and more powerful.

"Beyond 2025 there may be some manufacturers that completely drop diesel, because the cost of electrification will have come down significantly," Potluri said.

Diesel car sales will plummet to 9% of the European market in 2030 from 52% at present, management consultant AlixPartners - regarded as an authority on the auto industry - predicted in June, with the decline accelerating after 2020.

Renault is not alone in predicting a bleak future for diesel, though its projections go further than the doubts expressed by other carmakers about the technology.

VW now wonders "whether it still makes sense to invest a lot of money in further developing diesel", Chief Executive Matthias Mueller said in June. The German carmaker's final bill for the scandal will likely far exceed the $15 billion settlement agreed so far in US fines and vehicle buybacks.

Wolfsburg-based VW is the only carmaker to have admitted using illegal software cheats. Similar allegations have been levelled by German officials against Fiat Chrysler, and by South Korean authorities against Nissan vehicles equipped with Renault engines - and in both cases denied.

Renault, however, has been forced to concede that its real-world NOx emissions are far worse than the industry average, and the carmaker remains under investigation by French consumer fraud authorities.

That has deepened Renault's engineering headache and tarnished the green image it cultivated with electric car launches and lower-than-average emissions of carbon dioxide (CO2), the dominant focus of regulators prior to dieselgate.

In road tests on almost 100 vehicles, ordered by a French commission on diesel emissions, Renault and Nissan cars produced more than eight times the regulatory NOx limit on average, with most of their Euro 6 models closer to 10 times the limit.

Renault engineering chief Gaspar Gascon Abellan told the commission that the NOx-cutting exhaust gas recirculation (EGR) in its top-selling diesel engines had been found to cause serious turbo clogging problems.

Engineers had responded by programming the EGR to shut down outside a narrow range of air intake temperatures, 17-35 degrees Celsius (63-95 degrees Fahrenheit). While passing regulatory tests carried out near room temperature, the protocol sends NOx emissions sky-high on the road.

Renault, Opel, Fiat and others have said such "defeat devices" are legal because they are designed to protect their engines rather than cheat tests. But the French commission said their technical justifications "remained to be proven".

Gascon Abellan agreed during hearings that Renault's EGR restrictions "could be considered conservative" and would now be relaxed by software tweaks to existing models, with no significant engine changes. "I recognise that we could have done this earlier," he said.

In common with Ford, VW and Mercedes, Renault is scrambling to catch up with Peugeot by rolling out costlier selective catalytic reduction (SCR) systems to rein in NOx emissions in real-world driving.

"But they're going to have to address the diesel issue and add more SCR content than others," Pearson said. "It might be one reason why Renault's earnings could be handicapped relative to Peugeot over the next few years."

Renault Nissan to shut Tamil Nadu plant for a week