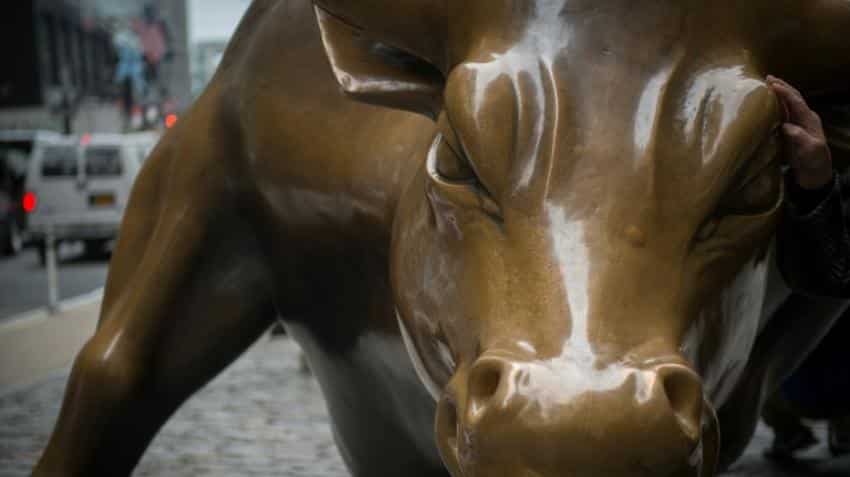 With unemployment at a nine-year low, jobs being created at an average of 180,000 per month, the economy growing at better than 3% in the most recent quarter and some signs of a pickup in inflation, the writing is on the wall. Image Source: AFP

There is little room for doubt that the US Federal Reserve will raise the benchmark interest rate in the coming week for only the second time in a decade.

With unemployment at a nine-year low, jobs being created at an average of 180,000 per month, the economy growing at better than 3% in the most recent quarter and some signs of a pickup in inflation, the writing is on the wall.

Some members of the Federal Open Market Committee (FOMC), which sets the key federal funds rate, the basis for mortgage and lending rates, have even cautioned that failing to raise rates in December could harm the central bank`s credibility, given expectations set by policymakers in recent months.

"All the necessary and sufficient conditions are there," Mark Zandi, chief economist at Moody`s Analytics, told AFP.

With a rate hike assumed, the question remains whether Wednesday`s move will be the first in a series.

That was what central bankers thought was going to happen a year ago, when they announced the start of the "normalisation" of interest rates after keeping them at zero in the wake of the 2008 financial crisis.

But the Fed`s efforts to turn the page on monetary stimulus with gradual tightening quickly went off track, despite forecasts for up to four rate hikes in 2016.

Seven times this year, the FOMC declined to raise rates, impeded by poor US economic data, Britain`s shock June vote to exit the European Union (EU), and above all by fears of interrupting a fragile recovery.

And analysts said there were no guarantees 2017 would see the beginning of a tightening cycle either, given uncertainties in geopolitics and the yet-to-be-determined policies of President-elect Donald Trump, who shocked the world last month by winning the US election while offering proposals scant on specifics.

Stocks have rallied since Trump`s win, with major indices repeatedly setting records on investor expectations that Trump will cut taxes and offer fiscal stimulus, including infrastructure spending -- programs the would fuel growth and inflation, and make rate hikes more likely.

The ratings agency Fitch also said it expected US debts and deficits to rise under a likely Trump stimulus plan.

But William Dudley, the influential FOMC vice chair and president of the New York Federal Reserve Bank, said in a speech Monday that Trump`s victory created "considerable" uncertainty and it was too early to say whether the Fed`s plan for gradual tightening would have to be adjusted.

Fed futures do not expect a sudden rush of higher rates: the CME FedWatch tool does not forsee a 2017 rate hike before June.

Zandi of Moody`s Analytics said he is looking for three rate increases next year, with policymakers waiting at least until spring to see what the Trump administration will do.

But the upset Trump victory changed things, he said.

"With the election, I think the political dynamics have shifted," said Zandi, who in June produced a report critical of Trump policy proposals. "I think there`s a good chance that we get some form of fiscal stimulus next year that`s deficit financed."

"That argues for a more rapid normalisation of interest rates," he said. "I`m sure we`ll have reticent Republicans who don`t want to deficit spend. I think they`ll be more willing to buy into the argument that the stimulus that Trump proposes will lead to supply-side benefits, to a bigger economy."

But Zandi said uncertain geopolitical developments on the horizon -- far right victories in European elections and threats to European integration for example -- could throw the Fed off track again.

Jim Glassman, managing director and chief economist for commercial banking at JP Morgan Chase, said he believed the Fed missed an opportunity by putting off rate hikes in 2016 as its worst fears failed to materialize.

"I think the economy`s doing fine," he told AFP. "The Fed taking its foot off the gas is not going to derail the US economy."