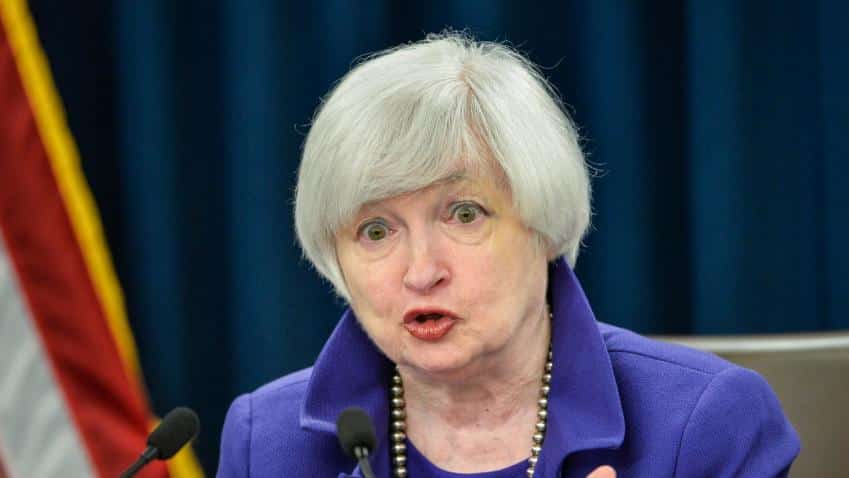 The US Federal Reserve left interest rates unchanged on Wednesday but strongly signaled it could still tighten monetary policy by the end of this year as the labour market improved further.

The Fed said US economic activity had picked up and job gains were "solid" in recent months.

"The case for an increase in the federal funds rate has strengthened," the US central bank said in a statement following a two-day policy meeting.

It added that its rate-setting committee had decided against raising rates "for the time being," until there was more evidence of progress towards its employment and inflation objectives.

The Fed has held its target rate for overnight lending between banks in a range of 0.25% to 0.50% since December, when it raised borrowing costs for the first time in nearly a decade.

At the same time, policymakers cut the number of rate increases they expect this year to one from two previously, according to the median projection of forecasts released with the statement. Three of the 17 policymakers said rates should remain steady for the rest of the year.

The Fed also projected a less aggressive rise in interest rates next year and in 2018, and cut its longer-run interest rate forecast to 2.9% from 3.0%.

But in a sign of growing confidence, the Fed said the near-term risks for the economic outlook "appear roughly balanced." That means policymakers think the economy is about as likely to outperform forecasts as to underperform them.

The Fed in December signaled that four rate increases were likely this year, but that was scaled back in March due to a global growth slowdown, financial market volatility and concerns about tepid US inflation.

The Fed's decision, which came the same day that of Japan's central bank added a long-term interest rate target to its massive asset-buying program in an overhaul of its policy framework, was widely anticipated by economists.

A Reuters poll showed the median probability of a September rate rise was about 25%. Only 6% of those surveyed expected the Fed to raise rates, with the majority believing it would wait until December.

The Fed has policy meetings scheduled in early November and mid-December. Economists believe policymakers would avoid a rate hike in November in part because the meeting falls just days before the US presidential election.