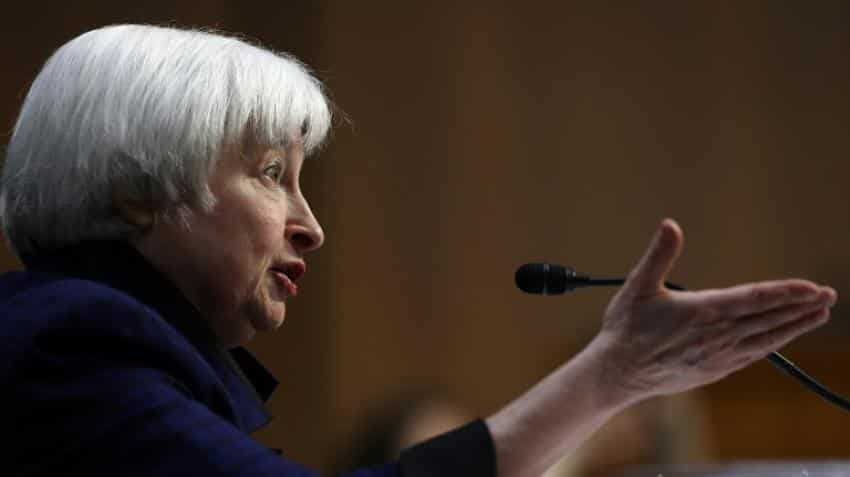 he FOMC after that meeting once again stated that the case for a rate hike was stronger but that it would wait for more signs of progress toward the dual objectives of 2% inflation and full employment. Image Source: AFP

Most US interest rate policymakers believe a rate hike to be appropriate "relatively soon," boosting the chances of an increase in December, according to meeting minutes released on Wednesday.

Some participants at the US Federal Reserve policy meeting early this month said an rate increase "should occur at the next meeting" to "preserve credibility," because failure to do so would be counter to the public signals sent so far, the minutes showed.

The FOMC after that meeting once again stated that the case for a rate hike was stronger but that it would wait for more signs of progress toward the dual objectives of 2% inflation and full employment.

Despite that 8-2 vote to stay on hold, "A few participants advocated an increase at this meeting," the minutes said.

After raising rates last December for the first time in nearly a decade, the Federal Reserve so far has held steady, to avoid interrupting a fragile recovery despite expectations early in the year that there might be several increases in 2016.

However, policymakers at last appear set to pull the trigger at their final meeting of the year December 13-14, to ward off inflation amid signs of tightening labor markets.

The US economy posted strong gains in the third quarter (Q3), growing at 2.9% and added a solid 161,000 jobs in October, continuing the robust job creation of recent months.

Still, FOMC members noted at the last meeting that growth figure had partly been driven by "transitory factors," such as "a surge in agricultural exports and a bounceback in inventory investment."

Unemployment fell a tenth of a point to 4.9% in October while inflation was steady, rising 0.2% in September.

Monetary policymakers will have one more jobs report to consider before meeting next month. Fed Fund futures on Wednesday put the likelihood of a December rate hike at 93.5%.

Ian Shepherdson, chief economist at Pantheon Macroeconomics, highlighted the concerns of some members on the need for a rate hike to preserve the Fed`s credibility.

"Barring some sort of shock, they will get their wish," he wrote in a note to clients.

ALSO READ: Donald Trump vows to withdraw from TPP 'on day one'