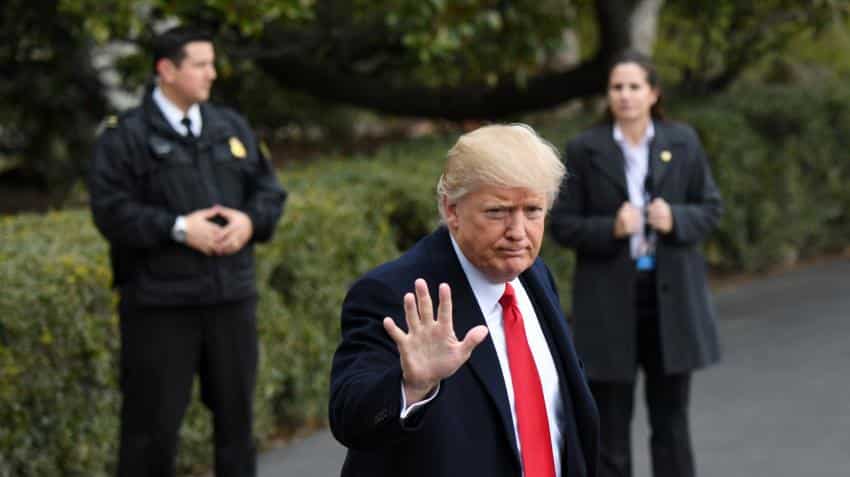 US President Donald Trump is set to sign an executive order that would revamp the H-1B visa programme, the most sought-after by Indian IT firms and professionals, to ensure that the visas are awarded to the most skilled or highest-paid applicants.

This was a transitional step aimed at achieving a more skills-based and merit-based immigration system.

The executive order would be signed a day after the US Citizenship and Immigration Services (USCIS) announced that it has completed the computerised draw of lots from the 199,000 petitions it received for the Congressional mandated 65,000 H-1B visas for the fiscal year 2018 beginning October 1 this year.

The lottery was held for the 20,000 H-1B visas for those applicants having higher education from US educational institutions.

Opposing the traditional lottery system for H-1B visas, a senior administration official told White House reporters that these visas were being used by companies to bring in foreign workers at a low wage rate and displace local workers.

The executive order signed by Trump today will call for the strict enforcement of all laws governing entry into the United States of labour from abroad, for the stated purpose of creating higher wages and higher employment rates for workers in America, the official said.

"It would further call on the departments of Labour, Justice, Homeland Security and state to take prompt action to crackdown on fraud and abuse, which should both be understood as separate problems, in our immigration system in order to protect workers in the United States and their economic conditions," the official asserted.

"As a practical matter, you're creating an entirely new structure for awarding these visas. I mean, it is a completely...Total transformation of the H-1B programme," the official said.

According to the senior administration official, these reforms were broadly supported by groups that represent American workers in the US, and that a lot of the driving action historically for these kinds of guest-worker reforms have been from groups that in fact even tilt Democratic.

"This (executive order) would apply across the board, but in particular, the executive order has an additional clause on the H-1B visa programme, and calls on those same four departments to put forward reforms to see to it that H-1B visas are awarded to the most skilled or highest-paid applicants," the official said.

The official argued that there were enough qualified people within the country to meet the demand of technology professionals.

"With respect to the H-1B visa programme in particular, which deals mostly with STEM jobs, we graduate about twice as many STEM students each year as find jobs in STEM fields.

"The issue of training workers for skilled manufacturing jobs is a different aspect of a policy then, say, the H-1B visa, which obviously is for STEM occupations," the official said.

The official argued that the reality was that the US has large numbers of unemployed American workers.

"Right now we're creating an environment with our guest- worker programmes where those workers are being bypassed," the official said.

Trump had made the alleged abuse and fraud in H-1B visa system a major election issue during his campaign.

Noting that right now the H-1B visas were awarded by random lottery, the official said 80 per cent of H-1B workers were paid less than the median wage in their fields.

Only about five to six per cent, depending on the year, of H-1B workers command the highest wage tier recognised by the Department of Labour, there being four wage tiers, he said.

"And, so only five per cent were categorised at the highest wage tier of the four wage tiers that are in place for the H-1B guest-worker visa," the official said.

The result of that is that workers are often brought in well below market rates to replace American workers, sort of violating the principle of the programme, which is supposed to be a means for bringing in skilled labour, the official said.

"And instead, you're bringing in, a lot of times, workers who are actually less skilled and lower paid than the workers that they're replacing," he stated.

The official said Trump has done more to bring a national spotlight onto the abuses in the H-1B guest-worker programme than anybody in the country has at any point in recent history.

"If you change that current system that awards visas randomly without regard for skill or wage to a skills-based awarding, it makes it extremely difficult to use the visa to replace or undercut American workers. These are not bringing in workers at beneath the market wage," he said.

The top three recipients of the H-1B visas, the official said, were Tata (TCS), Infosys and Cognizant.

"Some companies oftentimes are called outsourcing firms. They're like the top recipients of H-1B visa. You know, are companies like Tata (TCS), Infosys, Cognizant.

They will apply for a very large number of visas; more than they get. Like putting extra tickets in the lottery raffle, if you will," the official said.

"And then they'll get the lion's share of visas," the official said.

As part of the executive order, the agencies have been asked to do everything they can, he said.