To a question on whether the past or present is better for people compared to the last 50 years in a survey, 47% all voters said it was worse in the US. 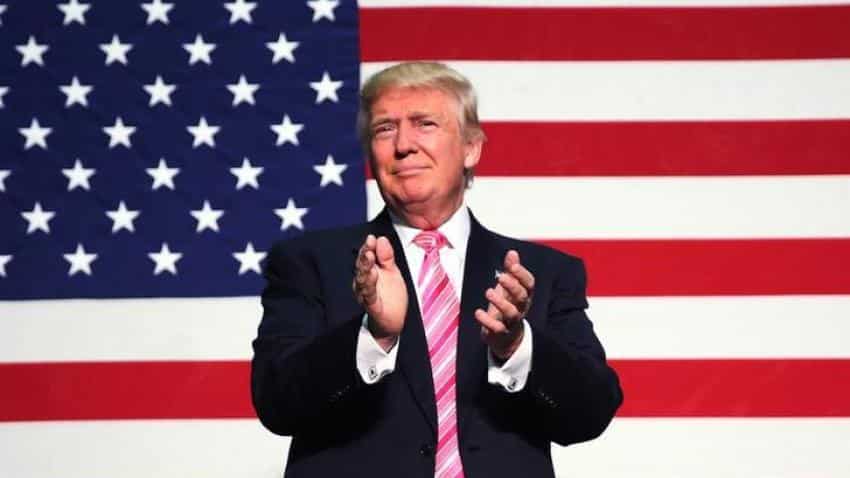 The battle between Democratic Presidential Nominee Hillary Clinton and Republican nominee Donald Trump has intensified as the US elections draw near. The support for both candidates has dwindled over the campaigning period, and there's been no certainty about who will make his/ her way to the White House come November.

A survey throws some light about what Americans think about their life in the country right now, compared to 50 years ago. It's interesting to note that 47% of the people who participated in the survey felt that life in the US was worse today than it was 50 years ago. Compared to that, 36% felt that the situation was getting better in the present, while 13% felt it was the same. 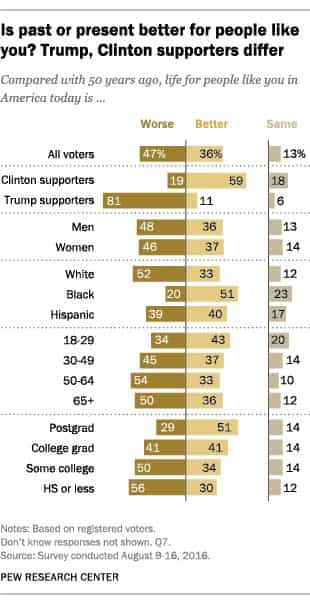 The Survey conducted by PEW Research Centre from August 9-16, 2016, showed that while a large majority of Clinton's supporters (59%) feel that their country was doing better today than it was 50 years ago, 81% of Trump supporters said that it was worse.

In terms of education, 51% of post-graduates felt the situation in the US was getting better.