No one believed or thought that Donald Trump will reach this stage but as it turns out, Trump is now officially the Republican nominee to run for the US Presidential elections to be held later this year. 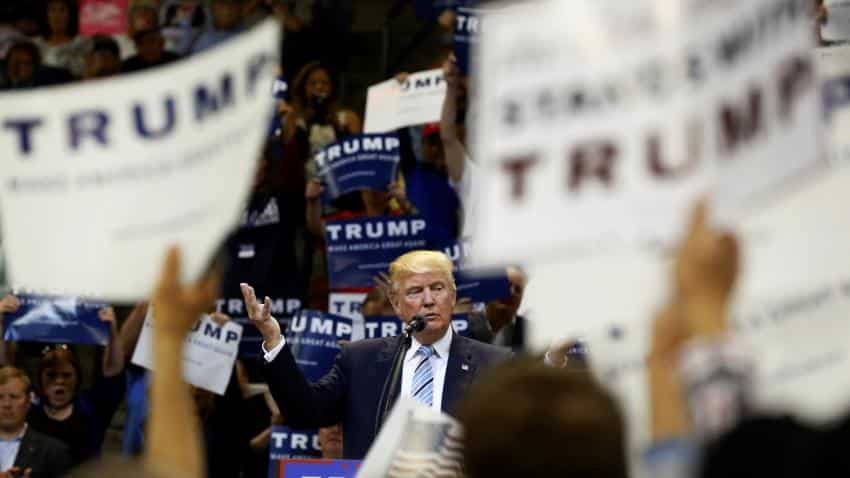 “The optimism is returning.”

Modi “has done a fantastic job of bringing people together.”

The above two statements were made by Donald Trump when he came to India in 2014--just after the general elections.

A learned man once said something to this affect about analysts: "They will look at your watch and yet tell you the wrong time."

No one believed or thought that Donald Trump will reach this stage but as it turns out, Trump now has enough delegates to clinch the Republican nomination to run for the US Presidential elections to be held later this year.

While analysts and experts are still coming to terms with this reality, let's look at what Trump said about Narendra Modi and the housing prices in Mumbai.

Trump has two residential projects in India (Pune and Mumbai) currently under construction.

The business tycoon came to India in 2014, just after Narendra Modi-led NDA won a historic mandate to the Lok Sabha.

He had said, "The perception about India has changed with Modi at the helm."

“The optimism is returning.” He added that Modi “has done a fantastic job of bringing people together.”

He had said, "I do see India as a great place to invest, and I think the election made that even better."

Although, his stance on India has been overall positive that even got him the backing of an Indian-American Group in the US to back his candidacy and a fringe Hindu group of 15 men offering prayers for his victory, he has mocked Indian call centre workers, his stance on immigration and H1-B visas is a cause of worry.

Indians can find some solace in the fact that his views on Pakistan and its nuclear arsenal means that strategically Trump, if elected, might bring India and the US closer.
But all this is conjecture.

Trump has two property projects in India. One with the Lodha Group in Mumbai and another in Pune with Panchshil Realty.

Trump was quoted in the Economic Times as saying, "Contrary to market perceptions that property prices in Mumbai need to cool down, he said he did not see a property bubble getting created in India and prices in the city were "unbelievably low."

"When I say unbelievably low, I am saying it has a lot of potential to grow further. Mumbai is not priced the way it should have been," Trump told ET.

He told Forbes, after the installation of a new government, has become a “top place” in the international rollout of his property empire.

There are no two arguments about the fact that property prices in Mumbai are affordable.

Interestingly, Sanjoy Chakraborty, an academic studying land issues in India, wrote in his book The Price of Land: Acquisition, Conflict, Consequence that it would take nearly 600 years of the average Indian annual income to buy a flat in central Mumbai.

According to Quartz, "The house price-to-monthly income ratio—the average number of monthly incomes required to own a house—in Mumbai is the highest among major Indian cities, according to a study by the Reserve Bank of India (RBI). For the third quarter of fiscal 2015, this ratio for Mumbai was at 67 times, compared to the national average of 60. In Delhi-NCR, this ratio is 63 times."

Trump, this surely doesn't feel like an "unbelievably low" price to us.