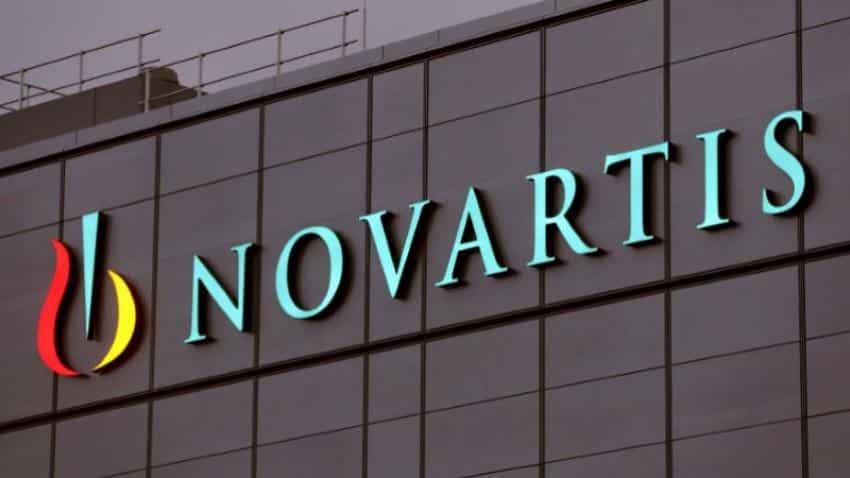 "Although the contract was legally in order, it was an error," Ehrat, 60, said on Wednesday. "As a co-signatory with our former CEO, I take personal responsibility to bring the public debate on this matter to an end."

Novartis ended the $100,000-per-month contract, signed in early 2017 by Ehrat and former Novartis Chief Executive Joe Jimenez, this year. It was part of efforts to learn more about how the Trump administration might approach U.S. healthcare, Novartis said.

U.S. lawmakers have demanded Novartis and AT&T, which also made payments to Cohen`s firm, provide details and Ron Wyden, the top Democrat on the Senate Finance Committee, has initiated an investigation.

Ehrat, Novartis`s general counsel since 2011, had been expected to leave within the next 1-1/2 years, while Jimenez stepped down on Feb. 1 and was replaced by Vas Narasimhan.

Novartis has said Narasimhan had nothing to do with the Cohen contract and Chairman Joerg Reinhardt said that the board of directors was not aware of it at the time it was signed.

Ehrat will be replaced by chief ethics officer Shannon Klinger who Narasimhan elevated to the executive committee this year as he made cultural change a priority. Novartis said she had not been aware of the Cohen contact.

FRONT-PAGE TEST
Narasimhan called the contract a major mistake at a meeting with investors in Basel and said Novartis is developing a principles-, not rules-based system to avert corruption.

"There will always be a way around the rule, whereas if you ask the question, `Is this the right thing to do, are you comfortable with this being on the front page of the newspaper?`... that`s going to help get us to a better place."

Since 2015, Novartis has paid out hundreds of millions in settlements and fines as a result of kickback allegations in South Korea, the United States and China and faces an investigation of alleged bribery in Greece. A trial for another U.S. kickbacks case is scheduled for 2019.

Novartis shareholders have urged Narasimhan to exert more "moral influence" over perceived ethical shortcomings that Jimenez in 2016 blamed on a "results-oriented" sales culture and some bad actors. [https://reut.rs/2Ipdn83]

Klinger cited changes to bonus schemes for Novartis`s drug sales force that are meant to avoid potential for corruption.

"Any one sales rep can have no more than 40 percent (bonus), so we think that by doing this we have also embedded our values and behaviours for our sales reps," she said.

DEAL OR NO DEAL
Narasimhan highlighted a dozen medicines in its pipeline that Novartis believes have $1-billion-plus annual sales potential, placing it on track to grow sales and expand profit margins through 2022.

Novartis is also considering whether to spin off its Alcon eye surgery division, with any move likely in early 2019, while priority areas for M&A include cancer medicine, cell and gene therapies, liver disease and digital and data science.

Narasimhan made a big bet on gene therapy with an $8.7 billion deal to buy AveXis last month.

But Novartis is unlikely to mimic deals such as Takeda`s $62 billion takeover of Shire which are transforming the pharmaceuticals industry, Chief Financial Officer Harry Kirsch said.

"I don`t think there is a domino effect if some others were to merge or acquire large scale, that our hands would be forced in any way," Kirsch told analysts.