SpaceX Inspiration4 LAUNCH: How can you be PART of THIS JOURNEY? Check OBJECTIVE of the mission, crew and all you NEED to KNOW 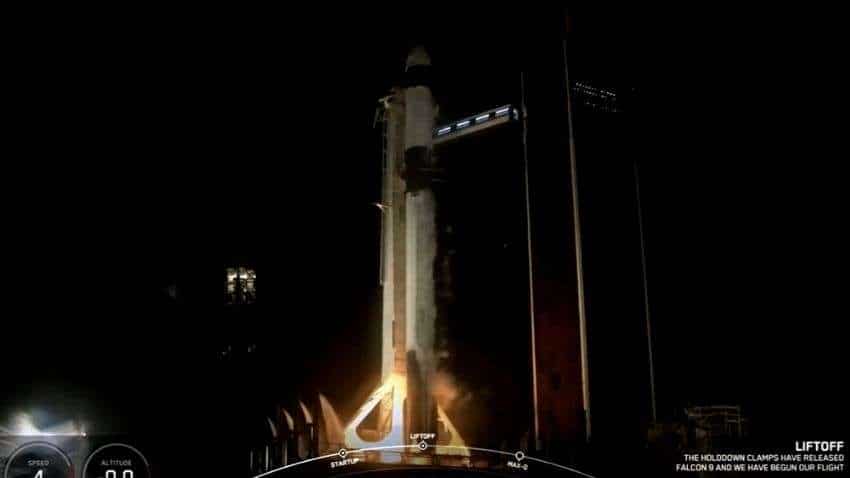 SpaceX Inspiration4 Launch: SpaceX’s Falcon 9 successfully launched the Inspiration4 mission on September 15, 2021 at 8.02 PM (EDT) and 00.02 AM UTC on September 16, 2021. This is the world's first all-civilian human spaceflight that has been put into the orbit. The launch took place from historic Launch Complex 39A at NASA’s Kennedy Space Center in Florida.

How to be a part of the journey?

According to the official SpaceX website, spacex.com, approximately three days after liftoff, Dragon and the crew of Inspiration4 will splash down at one of several possible landing sites off the Florida coast. One can also be a part of this journey - how? One has to simply login to the official SpaceX website at spacex.com and follow Dragon’s journey in the tracker available on the website as the Inspiration4 crew orbits Earth approximately every 90 minutes.

Dragon is traveling to an apogee of approximately 585 kilometers — flying farther than any human spaceflight since the Hubble missions, as per SpaceX website. Dragon’s new cupola observation dome is the largest contiguous space window ever flown. It has been designed, tested, and qualified for flight in six months, it replaced the mechanism used on Dragon’s previous flight to autonomously dock to the International Space Station.

SpaceX has also put up a series of tweets from its official Twitter handle about the launch. One of the recent tweets reads, "Dragon and the @inspiration4x astronauts are now officially in space! Dragon will conduct two phasing burns to reach its cruising orbit of 575km where the crew will spend the next three days orbiting planet Earth."

Dragon and the @inspiration4x astronauts are now officially in space! Dragon will conduct two phasing burns to reach its cruising orbit of 575km where the crew will spend the next three days orbiting planet Earth

As per the SpaceX website, Inspiration4 is commanded by Jared Isaacman, founder and CEO of Shift4 Payments and an accomplished pilot and adventurer. He is accompanied by Medical Officer Hayley Arceneaux, a physician assistant at St. Jude Children’s Research Hospital and pediatric cancer survivor; Mission Specialist Chris Sembroski, an Air Force veteran and aerospace data engineer; and Mission Pilot Dr. Sian Proctor, a geoscientist, entrepreneur, and trained pilot.

The Inspiration4 mission is part of Jared’s ambitious fundraising goal to give hope to all kids with cancer and other life-threatening diseases. The objective of the mission is to raise $200 million for St. Jude Children's Research Hospital.